UK100, a network of local government leaders, has launched its Countryside Climate Network, with the aim of influencing national policy to reflect the needs of countryside councils.

Currently, 21 councils, which collectively represent 40% of England’s land area, have signed up to the Countryside Climate Network.

An open letter to ministers stating their commitment to securing a net zero future for the UK was signed by the leaders of the councils.

In his UK100 blog post, he emphasizes the need for rural areas to be included in the government’s £100 billion infrastructure fund; as the countryside is full of opportunities for the development of green infrastructure, but typically faces “unfair barriers” when trying to attract funding for such projects.

Cornwall District Council, who has joined the Countryside Climate Network, has also become the 100th member to join the UK100 network.

Cllr Edwina Hannaford, the Cabinet Member for Climate Change at Cornwall, has written a seperate UK100 blog post explaining Cornwall’s decision to be one of the first local authorities to declare a climate emergency and their ambitious plan of becoming carbon neutral by 2030.

Those wanting to join the Countryside Climate Network can email [email protected], the Network coordinator. 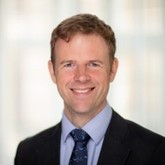