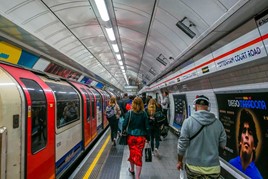 Nearly half of UK public transport users (48%) said they would be less likely to use it once lockdown restrictions have been lifted, according to new research by Auto Trader.

'Transport distancing’, which describes how UK adults would rather be in their own personal car than risk infection or transmission of COVID-19 by using public transport, was even more of a concern for younger consumers, with 66% of 18-24-year-olds claiming they’d be less likely to use it.

The research from the UK automotive new and used car classifieds website found that more than half (56%) thought that owning a vehicle will be more important in the future.

For those living in a city centre, and typically more dependent on public transport, this increased to 64%.

The research, which was conducted between the April 14th – 17th, consisted of three separate surveys targeting different consumer demographics; in total over 3,000 consumers were surveyed.

While this survey is just a snapshot of current opinion, it hints at the potential risk to the future of transport agencies, which are already under financial pressure due to falling fare revenues.

Transport distancing also has the potential to aid spikes in congestion and will slow efforts to reduce air pollution if those buying vehicles to continue social distancing don't opt for an electric vehicle.

Of the 1,067 people asked about their current attitudes towards car ownership, nearly three quarters (74%) said that they are more concerned about having personal space following COVID-19, which is now beginning to shift their views on their personal modes of transport.

Over half (56%) of UK driving license holders surveyed (1,059) who currently don’t own a vehicle said COVID-19 has made them consider purchasing a car when it’s safe to do so.

“It also confirms that the global pandemic will have far reaching consequences that last after the current restrictions have been lifted.”

The Department for Transport (DfT) has received an overwhelming reaction to its call for local authorities to share travel data during the coronavirus lockdown.

DfT questioned by Transport Committee over response to COVID-19

The Department for Transport (DfT) has said it is confident there is enough funding to keep bus operators running and it has stood firm in its decision not to recommend the use of personal protection equipment (PPE).