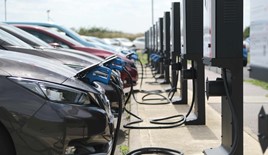 UK demand for plug-in vehicles has remained strong in July as pent up demand saw the new car market return to growth despite the challenges of the coronavirus pandemic.

Battery electric vehicles (BEV) outsold plug-in hybrids for July, with 8,162 and 7,447 units sold respectively, giving a total market share for plug-in vehicles of 9% for the month, according to the latest data from the Society of Motor Manufacturers and Traders (SMMT).

Demand for BEVs is up 174.6% year-on-year as registrations have almost reached 40,000 units and plug-in hybrids aren’t far behind at 26,955 units for the first seven months of the year.

New car registrations increased by 11.3% overall to 174,887 vehicles in total as dealerships across the UK opened for their first full month of trading since February.

There were also no plug-in hybrids or BEVs featured in the top 10 most popular models rankings for the UK in July or YTD.

Despite the increase in July, the SMMT’s full year outlook is for a -30% decline in registrations, representing more than £20 billion in estimated lost sales.

Private demand saw the most significant growth with a 20.4% increase in registrations, while businesses are clearly holding off on vehicle replacements as fleet purchases increased at a lesser rate of 5.2%.

Mike Hawes, SMMT chief executive, said: “July’s figures are positive, with a boost from demand pent up from earlier in the year and some attractive offers meaning there are some very good deals to be had.

“We must be cautious, however, as showrooms have only just fully reopened nationwide and there is still much uncertainty about the future.

“By the end of September we should have a clearer picture of whether or not this is a long-term trend.

“Although this month’s figures provide hope, the market remains fragile in the face of possible future spikes and localised lockdowns as well as, sadly, probable job losses across the economy.

“The next few weeks will be crucial in showing whether or not we are on the road to recovery.”

He said: "The Prime Minister should take note of strong growth in electric car sales with new full electric (non-hybrid) registrations over 8,000 in July, which compares favourably with January (4,054) and February (2,508) numbers, pre-Covid.

“If there was ever a time for Boris Johnson to show more support for the EV switchover, and better incentivise people to switch to electric, it’s now.

"With buying confidence low, many consumers need more reasons beyond environmental ones to buy a new greener vehicle at the moment."

Andrew Burn, UK head of automotive at consultancy firm KPMG, said the increase in plug-in vehicle adoption nods to the the increased consumer awareness of the benefit of a cleaner environment.

However, he warned that as the furlough scheme starts to unwind towards October 31, unemployment is likely to increase.

Burn added: "Along with it, justifying major purchases like cars will become tougher. We’re far from out the woods yet, and the automotive industry as a whole will need to be poised and ready to combat the challenges yet to come, including the possibility of regional resurgences of Covid-19."