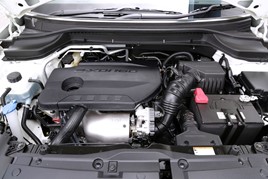 The Department for Transport (DfT) has finished consulting on bringing forward the end to the sale of new petrol and diesel cars and vans from 2040 to 2035, or earlier, and including hybrid vehicles for the first time. It is currently collating feedback before revealing its decision later this year.

The UK Electric Fleets Coalition, run by The Climate Group in partnership with BT Group, wants a Government target of 100% electric new car and van sales by 2030.

The Climate Group’s CEO, Helen Clarkson, said: “We need to build back better from the Covid-19 crisis as we look ahead to next year’s COP26 climate summit.

“Scaling up EV (electric vehicle) manufacturing and the nationwide charge point network are both huge opportunities for jobs and growth in the UK.

“Businesses are making the switch themselves through our EV100 initiative and now they are coming together with a clear message to Government: match our ambition and help us move to clean electric transport.”

In a policy paper, the UK Electric Fleets Coalition is arguing for Government to set a target for 100% of new car and van sales to be fully electric by 2030 (with exceptions for the small number of vehicles where this may not be possible).

Furthermore, it wants the rollout of public charge points across the UK for use by any payment system to be increased.

Philip Jansen, BT Group chief executive, said: “We have an outstanding record in reducing carbon emissions and have plans to be a net zero emissions business by 2045.

“The switch to low and zero emissions vehicles is a key element in our carbon strategy and this new partnership will be critical in allowing us to make the switch.”

Clive Selley, CEO of Openreach, added: “With the country’s second largest fleet of vans, I want Openreach to play a leading role in the UK’s transition to low carbon vehicles. But there are still some major hurdles to overcome.

“For example, the kinds of vehicles, scale of manufacturing, supply-chains and infrastructure needed to electrify large fleets like ours simply doesn’t exist today. So, we need Government support to make the transition faster and fuller, and the commitment to maintaining plug-in grants is a welcome first step.”

Globally, the 77 members of The Climate Group’s EV100 initiative have committed to switch over 4.5m vehicles to zero emissions and install EV charging at over 3,000 company locations by 2030.