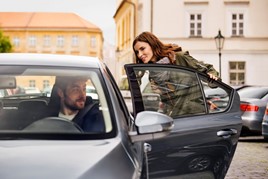 Uber will continue to operate in London for another 18 months at least after winning its appeal against Transport for London (TfL).

Westminster Magistrates' Court ruled that Uber was “fit and proper”, despite its “historical failings”.

The company has since been granted extensions as it went through the appeals process.

At the time TfL said Uber's approach and conduct demonstrated “a lack of corporate responsibility in relation to a number of issues which have potential public safety and security implications”.

However, the Mayor of London, Sadiq Khan, said: “Public safety is paramount, so TfL was absolutely right not to renew Uber’s licence last November after identifying failures that directly put passengers in danger.

“I am pleased that Uber have admitted that their response to very real concerns about passenger safety was inadequate, and since then Uber has made improvements.

“I can assure Londoners that TfL will continue to closely monitor Uber and will not hesitate to take swift action should they fail to meet the strict standards required to protect passengers.”

Deputy chief magistrate Tan Ikram, said that he weighed Uber’s record of engagement with TfL and noted there has been “clear improvements in communication”.

It was also noted that Uber’s changes had “plugged the gaps” in security identified by TfL.

Jamie Heywood, Uber's regional general manager for Northern & Eastern Europe, said: “This decision is a recognition of Uber’s commitment to safety and we will continue to work constructively with TfL.

"There is nothing more important than the safety of the people who use the Uber app as we work together to keep London moving.”

Uber and Renault Nissan have signed a memorandum of understanding to provide electric vehicles to drivers using its app in Europe.