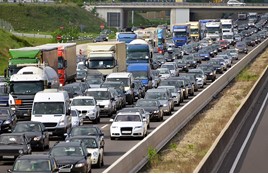 MPs on the Transport Committee have advised the Government to introduce a 'pay-as-you-drive’ scheme to plug a £35 billion hole in lost fuel duty and vehicle excise duty (VED).

It said the switch to electric vehicles (EVs) means current road tax revenues of £35bn could disappear by 2050 unless ministers act now.

In the Transport Committee’ report on road pricing, it says that the Government should consider a road pricing mechanism that uses telematics technology to charge drivers according to distance driven, factoring in vehicle type and time of day.

MPs say they have not seen a viable alternative to a road pricing system based on telematics, suggesting it is the only route the Government can take if it wants to reform motoring taxes and plug the potential shortfall in revenues.

However, it says that any new system of road taxation must be revenue neutral and assess the impact on high-mileage drivers, such as road hauliers and those in rural communities, and on those least able to adapt to increased motoring costs.

“The Government’s plans to reach net zero by 2050 are ambitious. Zero emission vehicles are part of that plan. However, the resulting loss of two major sources of motor taxation will leave a £35bn black hole in finances unless the Government acts now - that’s 4% of the entire tax-take.

“Only £7bn of this goes back to the roads; schools and hospitals could be impacted if motorists don’t continue to pay.”

The Transport Committee, which launched its road pricing inquiry in 2020, considered the implications of accelerating the shift to zero emission vehicles, including bus and freight vehicles, and the case for using new technology to introduce some form of road pricing.

The ban on the sale of new petrol and diesel vehicles from 2030 will result in a corresponding decline in two significant sources of Treasury revenue.

MPs say that without reform, policies to deliver net zero emissions by 2050 will result in zero revenue for the Government from motoring taxation.

“We need to talk about road pricing,” continued Merriman. “Innovative technology could deliver a national road-pricing scheme which prices up a journey based on the amount of road, and type of vehicle, used.

“Just like our current motoring taxes but, by using price as a lever, we can offer better prices at less congested times and have technology compare these directly to public transport alternatives.

“By offering choice, we can deliver for the driver and for the environment.”

However, he stressed: “Road pricing should not cost motorists more, overall, or undermine progress on active travel.”

The report is also recommending that the Treasury and the Department for Transport (DfT) should join forces to set up an arm’s length body to examine solutions and recommend a new road charging mechanism by the end of 2022.

Merriman said: “Work should begin without delay. The situation is urgent. New taxes, which rely on new technology, take years to introduce.

“A national scheme would avoid a confusing and potentially unfair and contradictory patchwork of local schemes but would be impossible to deliver if this patchwork becomes too vast.

“The countdown to net zero has begun. Net zero emissions should not mean zero tax revenue.”

From a voluntary approach to cordon-based pricing, Mark Smulian looks at how different places have adopted road pricing, and why it is on Vancouver's agenda.