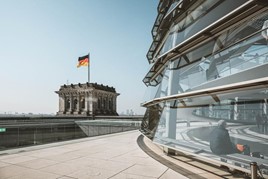 There had been intense pressure by carmakers to introduce a scrappage scheme for diesel and petrol cars, but there will instead be a €6,000 per vehicle state-funded premium limited to electric models only.

“This is exactly what's needed to support jobs and help us emerge stronger and greener from the COVID crisis.

“The plan isn't perfect but it should be a wake-up call for the European Commission and other European countries ahead of the all-important decision on the EU's €750 billion recovery and resilience fund.”

However, T&E said the plan to spend €1bn of taxpayers’ money on new planes is misguided.

It suggested airlines should pay for them out of their own pockets and T&E said Germany should go “all in” on greener jet fuels, such as synthetic fuel has the potential to reduce aviation emissions.

T&E also said that no public money should be used for subsidising diesel trucks. The German government intends to use EU recovery funds to provide up to €15,000 in subsidies for trading old diesel trucks for new EURO VI models.

Cornelis said: “Germany is about to take over the presidency of the EU in three weeks’ time.

“It must use its leadership to make sure the Commission’s big recovery plan is used to strengthen and green the economies of countries like Spain and Italy.”

Logistics of the future: where freight, smart transport and environmental responsibility meet