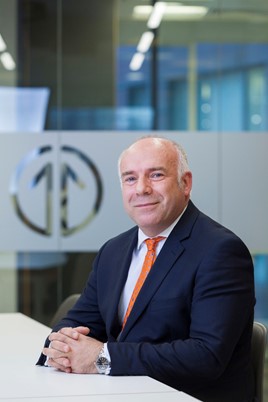 Tim Wood, Northern Powerhouse Rail Director, has repeated calls for proper east-west links in northern England, in response to the National Infrastructure Commission (NIC) Rail Needs for the Midlands and the North report

In its report, the NIC suggested a focus on regional upgrades such as electrifying the Midland Main Line, rather than building the full HS2 Eastern Leg to Yorkshire.

Wood, who was speaking at The future of rail infrastructure in the UK - CP6, the Integrated Rail Plan, and Delivering Modernisation virtual conference, made the point that Transport for the North’s NPR plans rely on 50 miles of HS2 being built

He called on the Government to be ambitious, adding that northern England needs proper east-west links as well as those to London.

In a later question and answer session, Wood said northern England had been “shackled for four decades”, citing journeys between Bradford and Leeds. The cities are eight miles apart, but the train journey is 27 minutes, he told delegates.

Meanwhile, some 45,000 people make the journey by car each day, which he said presents an opportunity for rail.

At the same event, NIC chief executive officer James Heath acknowledged that December’s report had created debate, but said: “All our regional packages include HS2, but also recognise connectivity. The NIC would not be doing its job if it just repeated projects.

“Rail does things others can’t - it can provide space for large numbers of passengers into city centres.”

He agreed that east-west links were generally poorer.

Heath also told delegates that an adaptive approach, as set out by the NIC, would provide greater certainty to the supply chain and that it should also break the cycle of pre-determining funds.

“Rail must be seen as part of the wider package, including skills and wider control at local level,” he concluded.