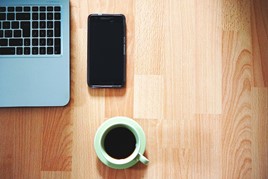 A new report put together for the Department for Transport (DfT) has shown there is a long-term desire for remote working and low levels of interest for previous commuting routines.

The All Change Tracker report has been put together following 30 "in-depth" qualitative interviews aimed to supplement the findings of two quantitative surveys that had already been conducted with over 4,000 respondants during lockdown.

Transport planners should take note that: "Participants said that nothing would encourage them to return to full-time daily commuting if they had the choice to work from home, although there were those who would consider travelling to the work place occasionally, for specific meetings or social purposes, or one or two days a week.

"There was, nonetheless, some recognition of the potential productivity and social benefits of being at one’s workplace surrounded by colleagues."

There was an expectation that businesses and the Government will accept a broad societal shift away from the workplace, because large scale working from home has been proven to be a viable alternative.

While active travel was embraced by the 30 interviewees during lockdown, the DfT said the benefits are still insufficient to outwiegh the percieved barriers of time, distance, personal safety and poor weather.

The report said: "Fears about road safety and a lack of confidence were key barriers to cycling specifically, and participants highlighted improved cycle infrastructure as a potential motivator.

"Participants who work night shifts or finish work late in the evening said that active travel is not something they would have the energy to do or feel comfortable doing at night."

Active travel – cycling and walking – has been brought to the forefront by the pandemic. Now there's the need to build on the progress made during lockdown

Greater Manchester is to add a further 24 miles of permanent walking and cycle routes with £15.97 million from the Government’s Active Travel fund.

Swapping the car for active travel one day a week makes a ‘significant impact’ on carbon emissions, says the University of Oxford’s Transport Studies Unit.