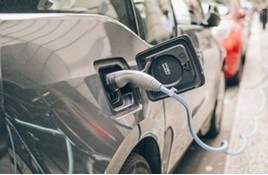 The ratio of electric vehicle charge points to plug-in cars deteriorated by almost a third (31%) during 2020, according to new research from the Society of Motor Manufacturers and Traders (SMMT).

At the end of 2019, 11 plug-in vehicles potentially shared a standard public charge point capable of charging both battery electric (BEVs) and plug-in hybrid vehicles (PHEVs). In contrast, at the end of 2020, the ratio had fallen to one charger for every 16 plug-ins.

Plug-in vehicles accounted for around one in every six new cars registered in 2021, but charge point numbers reveal that public infrastructure is lagging behind, says the SMMT.

Britain’s ratio of plug-in vehicles on the road to standard public chargers is one of the worst among the top 10 global EV markets at 16:1 in 2020.

However, with 4,109 new standard public charge points installed between January and September 2021, compared with 212,181 new plug-in car registrations, just one new standard charger is being installed for every 52 new electric cars.

There are also significant regional disparities in the current provision of standard public charging points. London has the best ratio of cars to chargers at 10:1 – although this fell from 5:1 in 2019.

Meanwhile, the East of England has the lowest availability, with just one standard public charger for every 49 plug-in vehicles.

Wales beats the national average with a ratio of 12:1, while Scotland weighs in at 17:1.

If not addressed, the SMMT claims that these disparities will hamstring vast sections of the country in their ability to deliver zero emission motoring.

SMMT chief executive, Mike Hawes, said: “Those who can’t have their own home charge point need the confidence that they can still charge as conveniently as they can refuel.

“A deteriorating ratio of public charge points to cars will drain that confidence.”

Investments are being made in public charging with the Government’s Rapid Charging Fund allocating £950 million to rapid and ultra-rapid charge points, £620m for zero-emission vehicle grants and infrastructure announced in the Net Zero Strategy, and a commitment that all new build homes will include an electric vehicle charging point.

This is insufficient, however, to keep up with consumer demand and targets for accelerated market transition, while increased new home charger provision will not provide any incentive for the millions of existing households that do not have a driveway or designated parking, says the SMMT.

As a result, it is calling on Government to take regulatory action to boost public charge point provision, with binding targets for delivery, commensurate with the targets for vehicle manufacturers to deliver products, to ensure installation rates accelerate.

Hawes continued: “Recent Government funding for infrastructure was welcome but more private sector investment in public charge points is needed across the country.

“The UK therefore needs a framework of regulation that makes it easier to fund, build and operate electric vehicle charging infrastructure.

“Consequently, we need commensurate and binding targets for charge point rollout and reliability so that all those without a driveway or designated parking can be confident of finding a convenient charger, and one that works.

“Decarbonising road transport is essential if we are to address climate change but it needs a framework that compels all sectors to match the investment already being made by automotive to help consumers decarbonise their lives.” 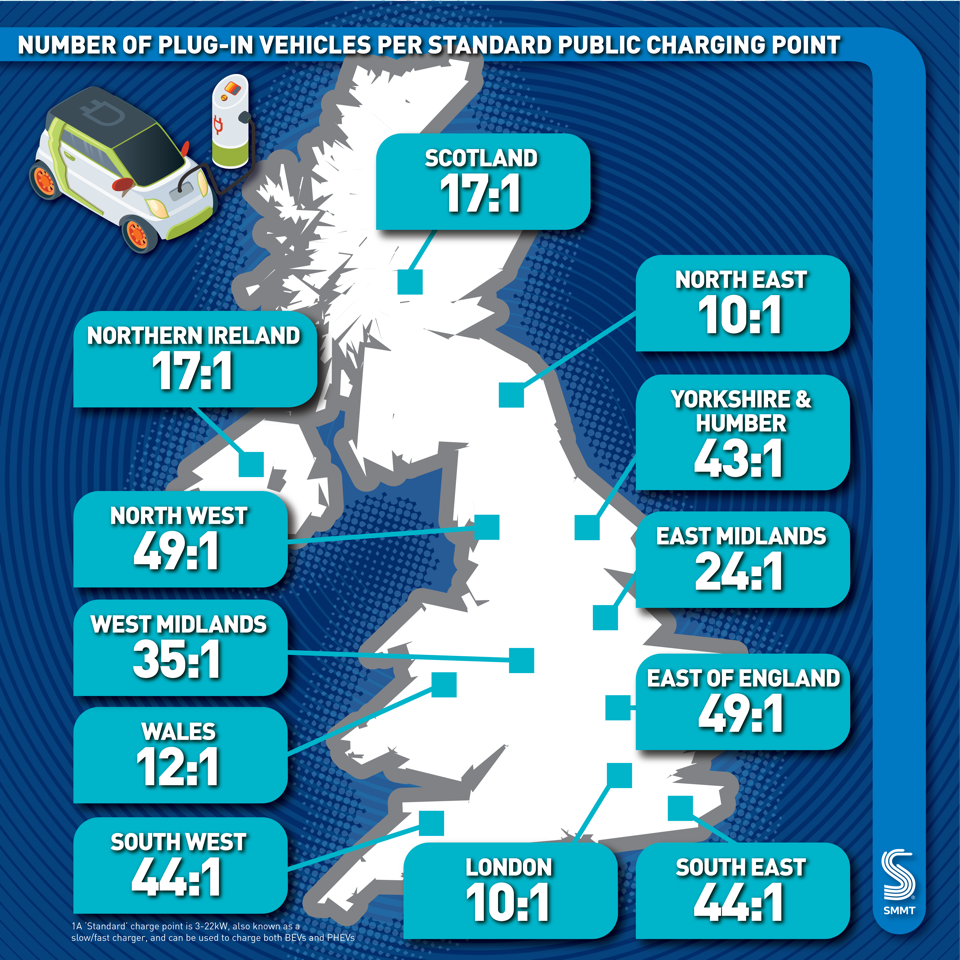 Osprey Charging has opened the first of 150 planned electric vehicle (EV) charging hubs at a site in Wolverhampton as part of a £75 million UK rollout.

Oxford City Council and Pivot Power have started work on installing 38 fast and rapid chargers ahead of a planned Oxford Superhub launch in February 2022.