SMMT warns of EV price hike due to no deal Brexit 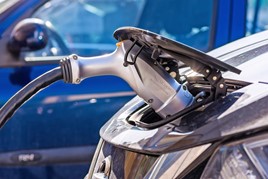 UK sales of electric vehicles could be hampered due to price rises brought on by a no deal Brexit, according to the Society of Motor Manufacturers and Traders (SMMT).

Leaving the EU without a free trade deal would mean the UK would trade under World Trade Organisation (WTO) rules.

SMMT figures for the overall market, suggest that the 10% ‘no deal’ WTO tariff would add at least £4.5bn to the annual cost of fully assembled cars traded between the UK and the EU, with an average hike of £1,900 per EU-built vehicle sold in the UK.

New analysis for fully electric cars fitted with expensive battery technology shows the cost increase is even higher, at £2,800, effectively making the £3,000 plug-in car grant for these vehicles null and void.

It would also add some £2,000 on to the average cost of UK-built battery electric cars (BEV) exported to the EU.

SMMT chief executive, Mike Hawes, said: “As these figures show, ‘no deal’ tariffs will put the brakes on the UK’s green recovery, hampering progress towards net zero and threatening the future of the UK industry.

“To secure a truly sustainable future, we need our Government to underpin industry’s investment in electric vehicle technology by pursuing an ambitious trade deal that is free from tariffs, recognises the importance of batteries in future vehicle production and ensures consumers have choice in accessing the latest zero emission models.

“We urge all parties to re-engage in talks and reach agreement without delay.”

The UK and EU automotive industries are deeply integrated, with around two thirds of all battery electric cars on sale in the UK built in European factories.

UK car buyers are currently on track to register some 78,000 BEVs this year, with further growth expected in 2021, while alternative fuel strategies are dominating the fleet agenda, with EVs being adopted in ever greater numbers.

However, SMMT estimates that the price shock caused by these tariff increases could reduce the increased demand for BEVs next year by at least 20%, even before the impact of potential, border delays, supply chain disruption and currency fluctuations are taken into account, hindering efforts to accelerate uptake and decarbonisation.

As the UK Government prepares to announce its timeline for transition to a fully zero emission new car market, the situation throws into even sharper focus the need for a world-beating package of fiscal measures, alongside massive investment in charging infrastructure, it says.

The UK lags behind many of Europe’s major electric vehicle markets when it comes to market incentives. Car buyers in Germany, for example, enjoy a purchase incentive of up to £8,160 per battery electric vehicle whilst French consumers can obtain a £6,350 grant. UK EV customers get just £3,000, argues the SMMT.

To deliver the ambitious environmental goals – to which EVs will make a significant contribution - there must be a long-term commitment to competitive incentives, including full VAT exemption for all zero emission capable cars, it says.

EVs priced at or below £24,000 and that have a range of at least 282 will convince more buyers to make the switch, according to a new study by Castrol.

Over three quarters of electric vehicle drivers do not encounter problems charging their vehicles, according to EVBox.

Horiba Mira has invested £1.5 million in a UK EV battery safety testing facility that it says will help speed up development and help reduce costs.