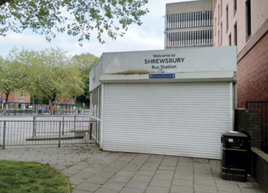 A new report on Shropshire’s buses has concluded that a “significant increase in Shropshire Council support for bus services throughout the county is urgently needed”.

A 12-month project on Shropshire’s buses, funded by the London-based Foundation for Integrated Transport (FIT), showed that in addition to a general county-wide upgrade benefitting all localities, it recommended specific changes to improve the service, including a funding increase to £6.39 million.

Shropshire Council was not involved in the commission of the report.

Some other changes recommended include a regular free bus service to the Royal Shrewsbury Hospital and a single ticket offer so that bus users can use all buses, regardless of which company runs the bus, on one ticket.

FIT was established by the late Dr Simon Norton in 2014 to promote sustainable and transformational transport solutions.

“They can contribute significantly to dealing with climate change, reducing congestion and improving public health.

“The costs of doing this are much less than the costs of not doing this and it is time that Shropshire embraced the need and the urgency for an upgrade and deliver a 21st century bus service for 350,000 people.”

Steve Davenport, Shropshire Council’s Cabinet member for highways and transport, responded to the publication of the FIT report, by saying: "We want to provide the best possible public transport service for the people of Shropshire, and are working extremely hard to achieve this.

"We are continually working in all our towns for a sustainable public transport system for the future, not only locally but cross-border too."

The Council has agreed plans plans to develop the Shrewsbury park and ride service into a "next-generation transport system", with the remodelling, preparation and assessment works associated with creating a new transport model – under the name ‘Shrewsbury Connect’ – now underway.

The Council has also secured funding of £319,000 from the Better Deal for Bus users fund which will be used to improve links to Shropshire’s two main hospitals.

"We’re also working with Midlands Connect, stakeholders and other rural local authorities to identify a pathway for funding from the DfT for the future of rural mobility and we have provided evidence to the Transport Select Committee on rural transport issues."

Davenport added that he has also been engaging with transport ministers to raise the case for more funding for Shropshire.

Shropshire Council has had to absorb the increased expenditure on concessionary fares – a figure of around £1.2 million as part of its budget.

Davenport said: "We remain confident that our funding bids will be successful, that our plans will come to fruition, and that Shropshire will soon have one of the best public transport services in the country.” 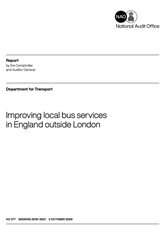