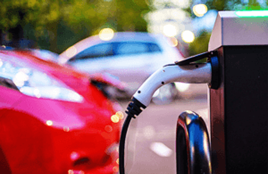 Shifting to electric vehicles (EVs) is not enough for the UK to reach net zero by 2050 and public transport, walking and cycling need a greater role, according to think tank the Institute for Public Policy Research (IPPR).

Its analysis of the Committee on Climate Change’s sixth carbon budget shows that, without additional measures being put in place, the current approaches to reaching net zero could lead to:

An approach that places too much emphasis on the shift to electric vehicles, without also providing sufficient support for alternatives including affordable public transport, walking and cycling, would also likely benefit wealthy people more, the IPPR said, as more than 90% of the highest income households own at least one car (and more than 20% own three or more) while only a third of households in the bottom 10% income own a car.

It believes people on lower incomes would benefit much more from an improved public transport system.

IPPR's report All Aboard: A plan for fairly decarbonising how people travel sets out a vision of a future with more affordable clean transport options that can improve people’s health and wellbeing, while providing a better environment for nature and access to an electric vehicle for those who need it.

Its proposals to achieve the transition 'fairly' include:

IPPR said that the Government should aim for the level of car ownership to peak by 2030, before falling to a more desirable level by 2050.

Through a series of citizens’ juries run as part of the IPPR’s Environmental Justice Commission, the think tank found that people were far more ambitious for the future of transport than the Government. Juries on climate and nature policy in Thurrock and the South Wales Valleys revealed a common desire for more public transport options and improved walking and cycling infrastructure.

The South Wales Valleys climate citizens’ jury said: “Electric is only part of the answer; we also need fewer car trips overall, so a move to electric vehicles must only happen in combination with public transport improvements and a reduction in journeys.”

Luke Murphy, head of the IPPR Environmental Justice Commission, said: “The urgency of the climate crisis cannot be overstated. Yet little progress has been made in cutting transport emissions over the past three decades. This imperative for urgent action creates a once-in-a-generation opportunity to put in place a new approach to how we all travel.

“The Government’s current preferred strategy places an overwhelming focus on the shift to electric vehicles. While superficially attractive because of its offer of continuity, such an approach will not deliver for people or planet.

“We need to massively expand the provision of and affordability of clean public transport options, such as trains, buses and trams, while helping more people to regularly walk and cycle, alongside a shift to electric vehicles for those that need them.”

Becca Massey Chase, deputy head of the IPPR Environmental Justice Commission, said: “Creating more liveable streets and neighbourhoods is essential to realising the economic, environmental and social benefits of a transformed transport system. With fewer cars, we can reclaim space for nature and improve health by reducing air pollution and boosting active transport.

“Delivering infrastructure that connects every part of the country digitally and physically seven days a week will create considerable economic benefits and enable more people to stay local, rather than be forced to leave home for work or commute long distances.”

The Sixth Carbon Budget - The UK’s path to Net Zero

The Sixth Carbon Budget provides advice on the volume of greenhouse gases the UK can emit during the period 2033-2037.