Sadiq Khan hits out at Government bailout plans for TfL 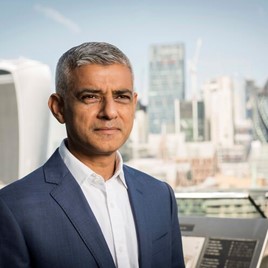 Mayor of London Sadiq Khan has criticised Government proposals to extend the £15 congestion charge to the North and South Circular and hike fares as part of a Covid-19 funding package for Transport for London (TfL).

TfL is already planning to extend the ULEZ to the North and South circular from October 2021 - an area 18 times the size of the current  zone - and now ministers are said to be proposing the congestion charge is also expanded.

TfL increased the congestion charge from £11.50 to £15 and expanded its hours of operation in June this year after an initial £1.6 billion bailout from the Government to help it cope with the Covid-19 pandemic.

The changes were described as “temporary”.

Since the initial bailout, which was due to run until October 17 but was recently extended until October 31, Khan has been calling for further support.

However, he believes Londoners will be hit with a “a triple whammy of higher costs” under the terms of the latest funding proposal.

Alongside extending the congestion charge, ministers want to increase TfL fares by more than RPI+1 per cent and introduce a new tax on the capital to pay for public transport.

Khan said: "I simply cannot accept this Government plan, which would hit Londoners with a triple whammy of higher costs at a time when so many people are already facing hardship.

"The Government should be supporting Londoners through this difficult time – not making ill-advised and draconian proposals which will choke off our economic recovery.

"Ministers already forced TfL to bring forward proposals to increase the cost and hours of the congestion charge in May – now they want to expand it to cover four million more Londoners.

"They also want to significantly increase fares in London and hit all Londoners with a regressive new tax.

"It is clear that difficult choices lie ahead to plug the huge gap the pandemic left in TfL's finances. I have been ready to talk with Government about how the necessary funds can be raised – but a proposal which singles out Londoners for punishment is completely unacceptable, as well as making no economic sense.

"I urge Ministers to come back to the table with a revised proposal which does not punish Londoners for doing the right thing to tackle Covid-19 – and to publish their review into TfL's finances in full. I remain ready to talk."

The Department for Transport (DfT) said that talks over a settlement were ongoing.