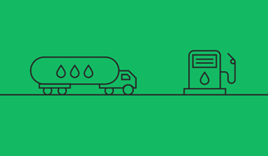 Ryse Hydrogen has signed a three-year contract with Suttons Tankers to transport bulk hydrogen gas across the UK.

Suttons will move the hydrogen, produced by Ryse Hydrogen in Runcorn, to London where Transport For London (TfL) will be operating 20 hydrogen powered double-decker buses later this year.

The contract will be going live at the end of September with a phased transport solution leading to a day and night time operation once the capital’s fleet is fully operational.

Jo Bamford, who founded the green hydrogen production company, and acquired Northern Ireland bus manufacturer Wrightbus last year, has a vision, 3,000 hydrogen buses - about 10% of the UK’s total fleet - to UK towns and cities by 2024.

Bamford said these vehicles will release only water vapour and are expected to save an estimated 280,000 tons of carbon dioxide each year, the equivalent of taking roughly 107,000 cars off the road a year.

Wrightbus will be introducing fleets of hydrogen buses later this year in other areas such as Aberdeen, Belfast and Dublin, as well as London.

Jo Bamford, Ryse Hydrogen chief executive, said: “This is a hugely important step forward in kick-starting the hydrogen economy in the UK.

“In order for us to get these buses running on UK streets we need to be able to transport the hydrogen from the production sites to the areas it is needed.

“Suttons will transport the hydrogen from the North West to London, where hydrogen buses will start running.

“We look forward to working with Suttons on this contract and are proud to be supporting the capital in its efforts to reduce its emissions.”

A new report from the Centre for Policy Studies, a centre-right think tank, is urging Government to make sure sufficient progress is made to convert the UK heavy truck industry to hydrogen fuel.