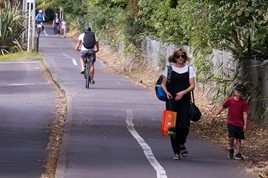 Roads near schools could be temporarily closed when parents drop off and pick up their children, to discourage parents from driving their children to school – and encourage walking, cycling and scooting.

The ability to close off roads at school rush hours are already in place in London and Manchester and are expected to be extended to other towns and cities.

The measures acknowledge the added danger to parents and children trying to remain two metres apart on busy roads near schools.

Transport planners are worried that if more people opt to use their cars after the lockdown ends there will be gridlock in urban areas. They are also concerned about the risk of a rapid rise in pollution levels around schools that will endanger pupils’ and teachers’ health.

The duration and implementation of road closures around schools would be left up to local councils. But both London mayor Sadiq Khan and the mayor of Greater Manchester Andy Burnham have confirmed they have the emergency powers to allow them to do so.

In Manchester, councils received £5m to develop such schemes, along with emergency powers to close or adapt roads. Every year more than 200 million car journeys of less than 1km are made in the UK – many of these on the school run.

Transport for Greater Manchester (TfGM) is using a bespoke app from Fleetondemand to encourage shared and active travel in the city as part of the EU-funded IMOVE project.

With the UK in the grips of an inactivity crisis, now is the time to think about walking and cycling, says active travel expert Laura Laker.