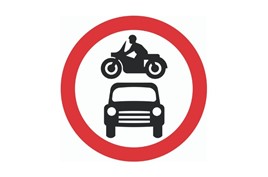 The majority of the British public support proposals for weekly car-free days in town and city centres, according to a nationwide poll.

The results of a YouGov poll commissioned by climate charity Possible reveals that 54 per cent of respondents support the closure of town and city centres to non-essential vehicles once a week in order to open up space for pedestrians and cyclists.

The results come just days after the government provided councils with new powers to reallocate space to cyclists and pedestrians as lockdown restrictions are gradually eased, but social distancing measures remain in place. The government revealed that it had fast-tracked the relevant statutory guidance on Saturday, as it unveiled the details of the first £250m tranche of an unprecedented £2bn multi-year cycling and walking funding package.

Possible director of innovation Leo Murray said the poll results were "a timely reminder that the majority of the British public want urgent action to make walking and cycling safer where they live and work".

Nearly 1,700 adults across the UK were surveyed for the poll between May 7 and 11.

Murray said that he hoped that the "incredibly positive" results would give "courage to city and town councillors across Britain who have been told that they must act immediately to head off the threat of a traffic tsunami when lockdown is lifted".

Liverpool City Council contractors have started work on a £4 million scheme to create new cycle and pedestrian paths on Princes Avenue and Road.

The Scottish Government funds a new infrastructure programme for pop-up walking and cycling routes or temporary improvements to existing routes.

Manchester and Bradford creating enhanced space for pedestrians and cyclists to enable people to keep their distance for safe essential journeys.