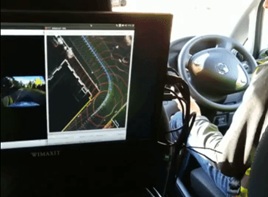 Aslan Autonomy says the potential social, commercial and environmental benefits of autonomous mobility in cities is not being realised quickly enough.

The free and open software stack, called Project Aslan, has been launched expressly to foster engineering collaboration on driverless technology.

The project has set itself the ambition to remove these barriers to entry and prioritise the benefits of driverless vehicles for metropolitan and low-speed use cases where it believes the benefits are the greatest and a collaborative approach is already determined by the involvement of multiple public agencies and private companies.

By focusing on a more defined operational domain based on slow speeds in cities as well as embracing an open-source approach, Project Aslan said it has opened up a smaller problem to a far larger group of collaborative engineering capability from across the world.

Engineers can now download the open source resource through www.project-aslan.org.  It features data from 22 autonomous vehicles currently deployed in a variety of trial use-cases in locations ranging from Hong Kong to the UK.

Mike Potts, chief executive of StreetDrone, one of the founder members of Project Aslan said, “The fundamental objective of the project is to focus the power of engineering collaboration on a very defined controlled speed urban use case to enable fast deployment of self-driving solutions.

“The group that has set this initiative underway welcomes new companies and individuals who share Aslan’s ambition as the promise of autonomous vehicles has been unfulfilled for too long. Collaboration and Project Aslan are the remedy for that shortcoming.”

Those interested in joining Project Aslan can email [email protected].

StreetDrone, the autonomous solutions company, has said the industry needs to tighten its scope on specific projects rather than looking for “one-size-fits-all solutions”.