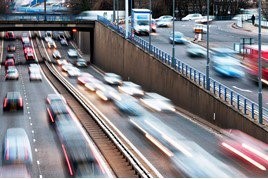 In an open letter to the Government, Dr Alan Billings, urged the Government to ‘abandon’ smart motorways – where all lanes are live such as that along the M1 in South Yorkshire, and labelled them “inherently unsafe and dangerous”.

Billings said: “I believe smart motorways of this kind - where what would be a hard shoulder is a live lane with occasional refuges - are inherently unsafe and dangerous and should be abandoned.

"The relevant test for us is whether someone who breaks down on this stretch of the motorway, where there is no hard shoulder, would have had a better chance of escaping death or injury had there still been a hard shoulder - and the coroner's verdict makes it clear that the answer to that question is - Yes."

The letter follows the findings of a coroner, David Urpeth, into the death of two men on the motorway, which he concluded was caused by there being no hard shoulder.

Highways England could also be charged with manslaughter following the death of a 62-year-old woman, Nargis Begum on a stretch of smart motorway, when another vehicle collided with her husband's Nissan Qashqai, which had broken down.

Almost 40 people have been killed on smart motorways in the last five years, a BBC Panorama investigation revealed.

A recent survey by Venson Automotive Solutions, found that drivers support smart motorways, with 56% agreeing that they are necessary to help improve road safety and ease congestion.

Half responded saying they see the benefits for congestion levels and a quarter expect smart motorways to ease emissions.

However, one in ten admitted they didn’t know what a smart motorway is, highlighting the need for driver education.

Whilst the majority said they support the introduction of smart motorways, 35% of respondents to the Venson survey disagree, citing safety concerns as the main reason; 38% said they would not feel safe in case of a breakdown and being unable to reach an Emergency Refuge Area, 34% believe it unsafe to use the hard shoulder as a running lane in peak times.

Alison Bell, marketing director at Venson Automotive Solutions, said: “Private motorists and company car and van drivers need to familiarise themselves with the dos and don’ts.

“Businesses also have a duty of care to ensure their drivers know the rules of smart motorways and use them appropriately and safely.

“Every driver must understand what to do in the event of a breakdown or emergency, take notice of the red X above a closed lane, stick to the variable speed limit and keep left as much as possible unless overtaking.”

Following a review commissioned by the transport secretary last year, the Government introduced a series of measures to help improve the safety of smart motorways.

Analysis commissioned by the transport secretary reportedly found that "in most ways", smart motorways are as safe as, or safer than, conventional ones.

There was also an admission that some risks are higher than on conventional motorways, for example the risk of a collision between a moving and stationary vehicle.

The £1.5 billion investment in smart motorways, announced in 2015, has already seen major stretches built including over 100 miles of all lanes running (ALR) smart motorway sections on some of the UK’s busiest routes.

Road deaths will be almost eliminated by 2040, says report

Fatalities on the roads will be almost eliminated in developed nations by 2040 according to a report from Allianz Partners.

How connectivity is changing the motoring game

Our cars are now data-gathering machines that can change the face of motoring as we know it, says Beate Kubitz

Opinion: Having the smarts to overcome our weakest links

The central problem for any smart technology is how it deals with me, the dumb user, says Philip Gomm, of the RAC Foundation.