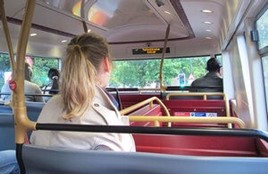 Seven Metro Mayors across England have warned the Government’s failure to extend emergency Covid support for bus services is on the verge of causing lasting damage.

In a statement led by South Yorkshire Mayor Dan Jarvis, regional leaders sounded the alarm about what they called “strategic short-sightedness of the worst kind” – with bus companies sharing the blame for looming cuts and "fare rises that will weaken economic recovery, undermine climate change targets and hit hard-up passengers in the pocket".

“The lack of concern for the future of our buses from the government and private operators is astounding,” Mayor Jarvis said.

“Rushing to end support and slash services while Covid cases remain high and a substantial chunk of the workforce is still working from home virtually guarantees passenger numbers will not recover, and needlessly locks in damage that might otherwise have been temporary. It makes clear neither is really interested in the long-term health of the system.”

Oxfordshire County Council also joined the call for support and said over 40 bus routes face being cancelled or "severely reduced" in the region if the Government doesn't continue emergency funding.

The Government is set to end emergency support for bus services at the end of March, and operators have already pencilled in major cuts and fare rises.

While bus operators are private companies run for profit, during the pandemic they have relied heavily on BRG support from the central government.

This has enabled them to continue to provide the vast majority of services despite passenger numbers being much lower than it was before the crisis hit.

West Yorkshire Mayor Tracy Brabin added: “Our bus services are facing a funding cliff edge next month which government are not responding to quickly enough.

"Operators are cutting back on routes in areas that need help to level up, while pushing up fares which will not help boost passenger numbers. We want to transform our services, and deliver the London style buses our communities deserve. But unless government steps in, we’ll have to spend money to simply prop up the current system rather than deliver on our ambitions.”

The Mayors called for government to continue emergency support for bus services and make good on pledges for longer-term investment – and to create a thought-through plan with operators and local leaders “that allows for managed changes to the system, protects its health for the long term, and avoids fuelling a vicious cycle of decline.”

“This is a moment of danger for our buses,” Mayor Jarvis said. “We need the government and operators to act for to the long-term good of the system – or we’ll all be paying the price.”

Government plans for England’s buses gain support, but questions are raised over the ability of local authorities to comply with proposed timescales

Pelican Engineering has launched a network for zero emission bus and coach operators to support best practice as the sector transitions to greener transport.