Nissan to increase EV battery production in the UK 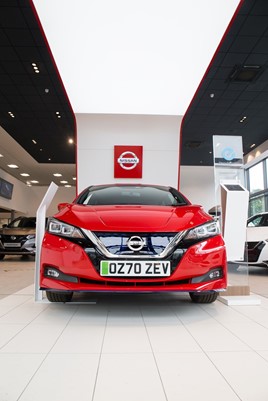 Nissan has said it will move additional electric vehicle (EV) battery production to the UK, following the Brexit trade deal.

However, Nissan's chief operating officer Ashwani Gupta told the BBC that the latter would now be done in the UK, following the trade deal between the UK and the EU.

Moving all battery production to the UK ensures the Leaf will comply with Brexit trade rules agreed with the EU requiring at least 55% of the car’s value to be derived from either the UK or the EU to qualify for zero tariffs when exported to the EU.

Around 70% of Leaf hatchbacks are built for export, with the vast majority sold in the EU.

Gupta said: "The Brexit deal is positive for Nissan. Being the largest automaker in the UK we are taking this opportunity to redefine auto-making in the UK.

"It has created a competitive environment for Sunderland, not just inside the UK but outside as well.

"We've decided to localise the manufacture of the 62kWh battery in Sunderland so that all our products qualify . We are committed to Sunderland for the long term under the business conditions that have been agreed."

Prime Minister Boris Johnson said that the news was "a great vote of confidence in the UK" and that it was "fantastic" for the country's electric vehicle manufacturing.

The SMMT, which has been highlighting the importance of UK EV battery production, also welcomed the news.

Mike Hawes, SMMT chief executive, said “The news that the UK will be home to additional battery production in the North East is hugely positive and an essential step in the transformation of the automotive sector to electric motoring.

"It is an investment that is a direct consequence of the UK agreeing a deal with the EU and providing a much needed boost to the sector and region.

"The Road to Zero will require a rapid acceleration in the take up of these new technologies and massive investment in infrastructure and local capability.

"We have the scale – as a market and as a production location - to warrant the necessary investment but our attractiveness depends on maintaining these advantages and consistently enhancing our competitiveness.

"We need to build on this announcement, and implement a strategy which safeguards automotive manufacturing and delivers a rapid transition to the benefit of all of society.”