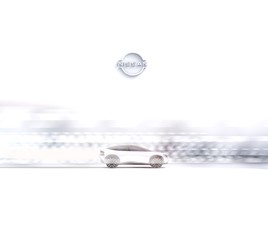 Nissan has announced plans for an electric vehicle (EV) battery gigafactory and the production of its next electric car at its Sunderland plant as part of a £1 billion investment.

Battery producer Envision AESC, which is investing £450 million, will build the 9GWH-capacity Gigafactory, adjacent to the Nissan manufacturing plant.

This will create 750 jobs and ‘safeguard’ those of 300 current employees, while production of the new electric crossover will create 909 new jobs at Nissan’s manufacturing plant, and more than 4,500 in the UK supply chain, while safeguarding a further 75 R&D jobs, Nissan said.

The new plant is expected to produce enough batteries for 100,000 Nissan EVs each year and “increase the cost-competitiveness of EV batteries produced in the UK”.

Nissan intends to export the new electric car, which it will invest up to £423m in producing as part of the £1bn investment, to European markets.

Under the ‘rules of origin’ requirements in the Brexit deal, it will benefit from tariff-free access by producing the batteries in the UK.

Announcing the Nissan EV36Zero EV hub, Ashwani Gupta, chief operating officer at Nissan, said: "This is a landmark day for Nissan, our partners, the UK and the automotive industry as a whole. Nissan EV36Zero will transform the idea of what is possible for our industry and set a roadmap for the future for all.

"We reached a new frontier with the Nissan Leaf, the world's first mass-market all-electric vehicle. Now, with our partners, Nissan will pioneer the next phase of the automotive industry as we accelerate towards full electrification and carbon neutrality."

Prime Minister Boris Johnson described the plans as “a major vote of confidence in the UK” and a “pivotal moment in our electric vehicle revolution”.

“Commitments like these exemplify our ability to create hundreds of green jobs and boost British industry, whilst also allowing people to travel in an affordable and sustainable way so we can eliminate our contributions to climate change,” he said.

Mike Hawes, chief executive of the Society of Motor Manufacturers and Traders (SMMT) said that it was “great news for the sector, the region and all those employed locally” and “demonstrates the UK automotive industry’s commitment to net zero and that the transition to these new electrified vehicles can be ‘made In Britain’”,

However, he repeated the SMMT’s calls for a ‘Build Back Better Fund’, 60GWh of gigafactory capacity and 2.3 million charge points by 2030 to help support the UK car market transition to electric.

Envision said that “growth in demand” could lead it to invest up to £1.8bn in additional capacity of 25GWh, with potential on site for up to 35GWh.

Sunderland City Council is leading a project that aims to deliver a 100% renewable electricity ‘Microgrid’ that will save 55,000 tonnes of carbon annually.

With the ability to incorporate the existing Nissan wind and solar farms, initial plans suggest there up to 10 solar farms created, with an anticipated 132MW generation, and with a direct connection to renewable energy from the UK grid for ‘firm’ supply to Nissan and automotive companies located on the adjacent International Advanced Manufacturing Park (IAMP).  Plans will continue to be developed in close discussion with potential private sector green investors.

This project is estimated to be an £80 million investment and also includes plans for a 1MW battery storage system using second-life Nissan/Envision AESC batteries, which will also allow for excess energy generated during daylight hours to be captured and used at another time, helping to balance demand on the grid. Additional infrastructure projects enabling the creation of the new EV Hub take the total initial investment above £1bn.

Sunderland City Council leader, Councillor Graeme Miller, said: “Sunderland is an ambitious city, and today’s announcement is game-changing one for us, for the region and for UK Plc, and the culmination of many months of partnership working with Nissan, Envision and UK Government to ensure that we landed this transformational project.

“We’re proud to be acting as a key enabler, working to secure an £80m infrastructure project that could be the first of its kind in the UK, bringing together energy generation, consumption and storage through a dedicated microgrid.

“We have a commitment to making Sunderland as a city carbon neutral by 2040 and electrification is a key part of that vision.

“Today’s announcement places Sunderland at the centre of electric vehicle production in Europe. It vindicates the unwavering belief this council has in the city’s ability to drive the electric revolution, working in partnership with the private sector and Government to bring nationally significant projects to fruition, creating jobs and prosperity for our people and businesses, and delivering cleaner, greener cars in the process.”

Plans for a gigafactory at Coventry Airport will be drawn up to build batteries for electric cars, following approval from Coventry councillors.