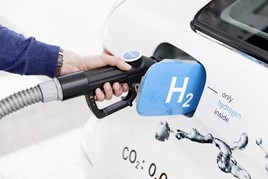 The new minibus, bus and coach framework, launched by The Procurement Partnership (TPPL) in partnership with Bath and North East Somerset Council (BNES), provides UK public bodies with a compliant route to 27 bus suppliers for the next four years.

The framework builds on the success of the previous version, which focussed on the procurement of OEM minibuses, five-seat people mover conversions, 12–17 seat van and coach-built minibus conversions, coach and buses up to 75 seats including double decked, articulated, and tri-axle.

The latest solution with the addition of a new hydrogen bus lot, aims to have a positive impact on air quality and noise reduction, TPPL said.

It said, the provision of lot five supports the Government’s Road to Zero strategy by offering access to key suppliers at the forefront of hydrogen powertrain technology, air quality improvements with the emission of water vapour and noise reduction.

The framework can be accessed by way of direct award or further competition based on requirements and preferences and will run until August 15, 2025.

SAVE THE DATE – the next Smart Transport Conference is 22 November at etc.venues in London.

The Government has provided £54 million of funding for three projects to develop hydrogen fuel cells for buses and lightweight structures for electric heavy goods vehicles (HGVs).

This strategy sets out the Government's approach to developing a low carbon hydrogen sector in the UK.