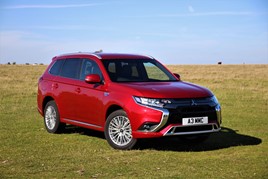 Mitsubishi is withdrawing from the UK and Europe, confirming it will not bring any new models, including its plug-in hybrid electric vehicle (PHEVs), to the continent.

The decision comes amid falling registrations caused by the Covid-19 pandemic (sales fell by 51.9% in the first half of the year from 9,978 H1 2019 to 4,708, according to the latest figures from the Society of Motor Manufacturers and Traders) and a record drop in profitability for the manufacturer.

As a result, Mitsubishi Motors Corporation (MMC) said it was reducing fixed costs by 20% or more compared to FY2019, and concentrating investment on core regions and technologies to enhance profitability.

Stocks of existing models, including the Outlander PHEV and L200 pick-up, will continue to be sold in the UK by existing dealers and the Colt Car Company, until the vehicles no longer meet emissions regulations.

However, the planned introduction of the new Eclipse Cross plug-in hybrid electric vehicle (PHEV) and the next-generation Outlander PHEV will not happen.

Existing dealers and the Colt Car Company will continue to provide aftersales support.

The Colt Car Company said it “did not, at any point, anticipate receiving this news” and that it would attempt to accelerate its plan to bring other emerging brands into the UK to replace the space left vacant by Mitsubishi.