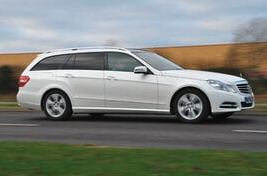 Mercedes-Benz is facing new allegations that it has cheated emissions testing for one of its diesel engines.

In DUH's view, these defeat devices result in nitrogen oxide emissions on the road being up to 500% above the legally prescribed limit.

Jürgen Resch, DUH's national director, said: “It shows us for the first time how the company succeeds in complying with the legal limits in the test laboratory, while literally flooding our cities with harmful nitrogen oxides during real road use.

“The manipulation of the exhaust gas purification is not carried out because it is necessary for physical reasons or for the purpose of engine protection. The reason is as simple as it is cynical: it is about maximising profits at the expense of the environment and the health of city residents.”

The DUH tested a 2016 Mercedes E350 CDI Estate and found evidence of multiple ‘defeat devices’. It said the devices activate in driving situations that are common in road use conditions and stated that even under normal driving conditions, at least one defeat device almost always actively prevents the improvement of emissions

Three of the defeat devices identified by the DUH are said to depend on an “ageing factor” that reduces the amount of Adblue used as the vehicle’s milage increases. The report stated: “There is no plausible physical reason for the existence of any of them.”

The German Federal Motor Transport Authority (KBA) said it sees no evidence of previously unknown defeat devices at Mercedes-Benz in the DUH report.

"In the report, eight defeat devices of the relevant model with the OM 642 diesel engine are named. We are aware of these," said a KBA spokesman on Friday. They have already been checked and found to be "not inadmissible".

The KBA had already demanded a software update for the model under investigation in the DUH report. The defeat devices were removed in the updated software and the nitrogen oxide emissions were subsequently also below the legal limit value during road testing.

Mercedes is among a number of car makers facing legal action for emissions misrepresentation.

Mercedes-Benz told Car magazine: “The outlined calibrations are known. In our view, these are not to be assessed as illegal defeat devices in the interaction and overall context of the highly complex emission control system.

“The vast majority of rulings in German regional courts and higher regional courts continue to be in Daimler's favour: In approximately 95% of cases, the courts rule in favour of the company.

“At the regional court level, there are more than 15,500 decisions dismissing lawsuits in favour of the company; in only about 900 cases was the decision against the company.

“There are now around 900 decisions in our favour at the higher regional courts, and only three decisions against us.

Mercedes will “vigorously defend” all claims made against the business after UK law firms allege that 1.2m vehicles may have cheated emission tests.

A new UK study by Peugeot has found that plug-in vehicle drivers are travelling more miles per week compared with drivers of petrol and diesel vehicles.