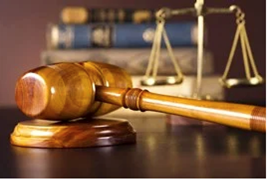 Mercedes-Benz has said it will “vigorously defend” all claims made against the business after UK law firms allege that 1.2 million diesel vehicles sold in England and Wales have cheated emission tests.

London law firm Fox Williams is pursuing a group action lawsuit for Mercedes owners in England and Wales in collaboration with US law firm Hagens Berman, which achieved a payout of more than £560 million for US Mercedes owners.

A spokesperson for Mercedes-Benz Cars UK said: "With regard to the US settlement, the vehicles in question were produced exclusively for the North American market.

“The emissions control system of US vehicles differs in comparison to vehicles in Europe both with respect to hardware components and configuration of the control software.

In addition the legal framework and the certification process in the US is different to that in Europe.

"We believe the claims brought forward are without merit, and will vigorously defend against any group action."

Fox Williams estimates that up to 1.2 million potential claimants owning (or having owned) impacted vehicles in England and Wales are affected between 2008 and 2018.

This includes private owners and businesses, such as fleet operators and hire car companies.

According to Hagens Berman’s investigations, Mercedes used a defeat device, similar to the one used by Volkswagen, on its BlueTEC diesel vehicles.

Andrew Hill, the Fox Williams partner who is leading the action, said: “We believe business and private owners in England and Wales will very likely have good claims for the damage caused to them from unwittingly owning or leasing these diesels.”

Daimler AG, the parent company of Mercedes-Benz, was fined more than £700m by German prosecutors in 2019 over the diesel emissions scandal.

It has filed objections against the German Federal Motor Transport Authority’s (KBA) recall orders regarding diesel exhaust emissions and these objection proceedings are ongoing.

Transport and Environment (T&E), the clean transport campaigners, has said electric vehicles are more cost effective even over higher mileage than diesel equivalents.