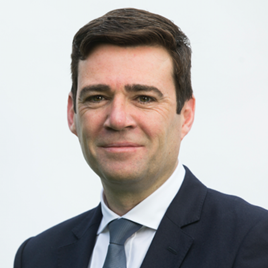 Mayor of Greater Manchester Andy Burnham has announced that NHS and social care staff will be able to make essential trips for free from April 11 on the city’s Metrolink tram service.

Burnham made the announcement during his second live stream update on how the city is coping with the impact of COVID-19.

Burnham said: “It’s a small gesture of thanks to them for everything they are doing right now.

“We’re asking them to use this just for journeys to and from work because we don’t want to encourage people to make unnecessary journeys, but we do want to support people.”

Burnham said that while Government is in discussions with bus operators around support measures to maintain services, he is requesting that any funding would make bus travel free for NHS and social care staff too.

Manchester has also gone beyond the national help available from Government to secure just under six million items of personal protective equipment (PPE) that will be offered to the NHS, police and public transport industry to help protect them when dealing with the public during the pandemic.

This is in addition to the three million PPE units Manchester has been allocated from the Government's national stockpile.

The DfT told the Transport Comittee earlier this week that it is not currently recommending the use of PPE for those working on public transport.

Google's latest Community Mobility Report shows that public transit station volume in Greater Manchester has fallen by 80% as of March 29.

Making public transport free or accessible to all

Raleigh cycles has launched its Electric Bike Access, their cycle to work benefit scheme, where customers can save up to 42% on retail prices of electric bikes.