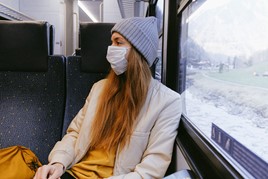 The majority of passengers in the UK are concerned about using trains and buses due to Covid-19, according to new data from the Department for Transport (DfT).

The new figures, from the National Travel Attitudes Survey, show that between May and July nine out of 10 of respondents (89%) were concerned about using the train, with 85% feeling the same about buses.

Furthermore, almost two-thirds of respondents say it is very likely (38%) or fairly likely (27%) that they will avoid using public transport if it is crowded.

This latest data comes as statistics from the Office of Rail and Road (ORR) showed rail passenger journeys in Great Britain fell to the lowest levels last seen in the mid-nineteenth century.

Nationally, 35 million journeys are estimated to have been made in the first quarter of 2020-21 (April to June 2020). This is a decrease of more than 400 million compared to the same quarter last year, highlighting the severe effect the coronavirus pandemic has had on passenger numbers.

More journeys were recorded in London and the South East compared to the rest of the country. Govia Thameslink Railway recorded 7.5 million passenger journeys this quarter, the most of any operator.

Recent estimates published by the DfT show that current national rail use was predicted to be 32% of what would be expected on an equivalent day.

Graham Richards, director of railway planning and performance at ORR, said:  "This unprecedented fall in passenger numbers, the largest on record to levels last seen in the mid-nineteenth century, has clearly had an impact on both rail usage and also ticketing revenue.

"ORR has worked closely with the industry, and continues to do so, to ensure the necessary health and safety advice and guidance is in place.

"Rail is one of the safest ways to travel and our inspectors continue to monitor the reality on the ground to ensure people have the confidence that they can travel safely."

Anytime/Peak tickets accounted for 24.1% of all passenger revenue this quarter - the lowest share for such tickets in any quarter since the time series began in 2010-11. 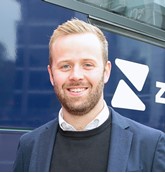 This is our opportunity to reinvent public transport

This is our opportunity to reinvent public transport

Latest Poll
When should the Government end the sale of new petrol, diesel and hybrid cars and vans?
Vote
View all