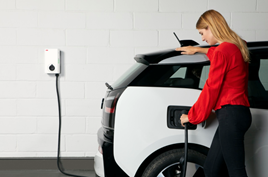 A survey of 1,114, who were predominately drivers or prospective drivers of EVs, by the Electric Vehicle Association (EVA) England also showed that a further 96% think an earlier phase out date would have a positive impact on public health.

EVA England is a new consumer association inspired by similar associations in Scotland, Norway, the Netherlands, Canada and the USA.

EVA England is now urging the Government to bring the phase out date forward to 2030, two years before Scotland’s date of 2032.

The Government recently ended its consultation on the ban of new petrol and diesel vehicles to gain opinions on it already being brought forward from 2040 to 2035, as well as whether it would be possible to introduce the phase out even earlier.

Responses to the survey were primarily secured in collaboration with the 35-plus regional electric car clubs in England, largely thanks to the EV Groups Nexus.

Three quarters of those surveyed agree or strongly agree that the motor industry will be able to supply enough electric cars to meet demand.

Over three quarters also didn’t think that in their opinion an earlier phase out would put unfair pressure on the automotive industry and its employees.

Bridget Phelps, EVA England chair, said: “We are at a critical juncture in our country's automotive history.

“Climate leadership demands that we move more quickly to clean our air.

“Development of electric cars and vans, their batteries, and renewable energy will create jobs and build a path to a more sustainable economy."

The survey results also showed support from a Government funded scrappage scheme for petrol and diesel internal combustion engine cars, the continuation of the plug-in vehicle grants, the establishment of a seamless payment scheme for vehicle charging and faster investment in public charge infrastructure.

EVA England will officially launch and welcome members later in 2020.