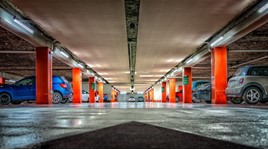 The AA has calculated that local authorities across England may have lost out on up to £885 million from parking charges due to lockdown and fee suspensions.

The figures were calculated by the AA following the release of data by the Ministry of Housing Communities and local government.

The AA said losing out on parking revenue will put councils in a difficult position as they decide what to do next.

Many use parking charge income to pay for road improvements and pothole repairs, so may be tempted to reapply the charge as quickly as possible.

However, as local High Streets start to re-open many independent retailers are asking councils to keep parking free so they have a better chance of recovery.

Jack Cousens, head of roads policy for the AA said: “If councils weren’t already under significant pressure, they’ll be bracing themselves even more as they see a huge chunk of their income for the year lost.

“For being so dependent on this income stream, councils are now stuck at a crossroad; waive the fees entirely and absorb the financial hit, or reapply them and risk hurting, or worse, losing businesses that bring in business rates and jobs in their towns.”

Cousens said the loss of revenue should also act as a wakeup call to towns and cities intent on banning drivers from their centres.

He added: “If they ban cars completely, they need to be prepared to lose a huge chunk of a major income source.”

A new report by think tank Centre for London has called on London councils to increase charges for residential parking to help drive down car ownership in the city.

Does ease of parking encourage car travel? It would seem the answer is ‘yes’. Now more planners are considering other uses for the land, says Lisa Hopkinson

Apcoa and Here to collaborate on digital parking