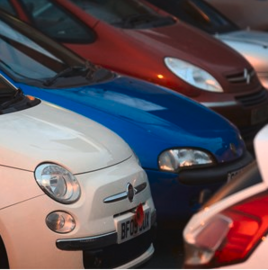 Leicester City Council is consulting on the introduction of a workplace parking levy in 2023 that would help fund a “radical overhaul” of its active travel schemes.

Over the summer of 2021 Leicester City Council carried out initial consultations into a possible scheme, and now more detailed plans for the WPL have been published.

A new 12-week public consultation has now been launched, giving people and employers the chance to find out more details about the proposed WPL and how it would work, and to comment on the scheme.

The WPL would be citywide and the council says it will play a “vital role in bringing forward a comprehensive programme of transport improvements across Leicester”.

Under the WPL, most employers with more than 10 spaces would pay £550 per space per year for a licence to provide car parking for their employees.

The council said the high number of small businesses in Leicester means that around nine out of 10 are too small to have to pay.

The income from a WPL could be around £95 million over the first 10 years, and would enable the city council to match-fund with other grants to invest up to £450m.

It said this level of funding would mean the council could plan for long-term transport investment rather than just relying on uncertain Government funds.

The WPL is designed to encourage people who travel into the city regularly for work to use alternatives to cars for their daily commute, while financing the improvements needed to ensure the city’s public transport, cycling and walking networks provide realistic alternatives to car travel.

Plans for a WPL were featured as part of the council’s Draft Leicester Transport Plan 2021-2036, published in the summer, which sets out priorities in meeting the city’s transport needs over the next 15 years.

Transport priorities a WPL would help fund include:

The scheme would require Government approval, after which the scheme could start in early 2023.

The city council would work closely with local employers well in advance to prepare them for its introduction.

Between 450 and 600 larger businesses across the city are likely to be eligible under the scheme.

Cllr Adam Clarke, Leicester deputy city mayor leading on transport and the environment, said: “A WPL has been a consideration for some time in terms of addressing the city’s present and future transport needs, and it is clear it could play a major role in financing the kind of improvements set out in the draft Leicester Transport Plan, which are vital if we are to meet both the city’s transport needs and its environmental obligations…

“...Of course, people need to know there’s a reliable, convenient public transport system available if they are to be persuaded to leave their cars at home, and the money raised by a WPL would enable us to make huge steps forward in delivering that over the coming years.”

How Nottingham’s Workplace Charging Levy pays for a raft of green transport initiatives to cut congestion and CO2 emissions.