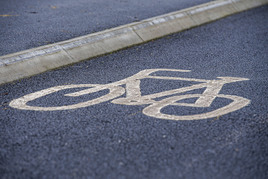 If approved, there would be a network of approximately 630 e-bikes located across 140 hubs/docking stations located at close intervals for convenience.

The proposed area for the early phases of the scheme will include the city centre and along key corridors identified where demand is likely to be highest.

Initial delivery will be in areas of high demand, close to the existing network of segregated cycle routes in Leeds city centre and surrounding areas, with expansion expected during future roll out phases.

However, the procurement process will allow potential public bike operators to submit a bid that includes other areas.

Leeds City Council will propose a variety of ways to pay for hire of e-bikes, such as pay-as-you go, monthly and corporate memberships with the potential to integrate with the West Yorkshire Combined Authority MCard.

The capital funds to deliver the project are being sought from the combined authority through its Transforming Cities Fund (TCF).

If approved, the proposal and business case which bids for £2m will be considered by the combined authority on March 17.

The funding bid will be discussed at the meeting of senior councillors held at Leeds Civic Hall on February 9, seeking to approve the application of the scheme, including the approach to the design, delivery, and operation.

Councillor Helen Hayden, executive member for infrastructure and climate said: “We want Leeds to be a city where you don’t need to own car and a key part of that is expanding and supporting our cycling network.

"Cycling is a great way to travel for short journeys, as well as long, and this proposal will make it easier for people to make that change.

“Introducing an e-bike scheme will send a strong message, to the public and businesses, that Leeds is a modern, forward looking city and is serious about tackling the climate emergency."

Hayden is an advocate for e-bikes after trying an e-cargo bike last year.

However, she said she appreciates e-bikes can be more expensive to purchase compared with conventional bikes and therefore for the public to be able to access low-cost, easy access e-bikes through a docked, public electric bike hire scheme will give everyone the opportunity.

Hayden addded: “The Connecting Leeds Transport Strategy sets out the reasons for, and benefits of, increasing cycling in Leeds and is vital to meet our pledge for Leeds to become carbon neutral by 2030.”

Public consultation on the detail of the proposed scheme will commence once funding for the project has been secured.

Over 100m car and taxi trips made in city regions could instead be on e-bikes if the Government can meet targets for cycling, according to a new report.

Fully charged: Powering up the potential of e-bikes in the city regions

This Urban Transport Group commissioned report aims to quantify and understand the potential to increasing e-bike uptake in the UK and the benefits that could be realised as a result.