Leaders must be accountable for diversity, says Manheim MD 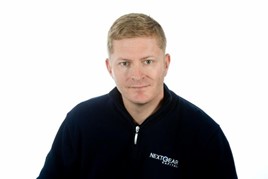 Quegan runs Women with Drive, Cox Automotive’s networking group for women, which champions gender diversity and inclusion within the automotive industry. He is also on the judging panel for the coveted Barbara Cox Award.

Quegan revealed to Smart Transport what role men can play in encouraging more women to work in the automotive sector and how they can help support their careers.

Smart Transport: You run Cox Automotive’s Women with Drive network, tell us about it – why is it needed?

Liam Quegan: Women with Drive is meant to champion gender diversity across our industry, and in the four years it's existed, it’s taken great strides and we’ve grown a great network of people, both within our business and outside of our business, who are interested in working with us and making sure that our cause, to champion gender diversity across our industries, is taken forward.

It's such a critical topic, it’s important personally to me, to our business and to the family who own Cox Automotive.

We have been organic in how we've grown our network, the network now is many hundreds of people, and roughly a third of those people are outside of Cox Automotive.

ST: Some may say it’s unusual to find a man leading a networking group which is primarily for women, what made you get involved?

LQ: I kind of expect that question and it was one I asked myself a lot when I got asked by Alison Fisher, our chief people officer who previously ran the network. There are two reasons why I feel like it sends a strong message.

I've always been a big champion of Women with Drive and a big champion of gender diversity through my career. It's something I hold very important to me and I think Alison asked me to do it partly because of that.

It’s right at the heart of what I’m about, making sure that we are gender diverse, and that we promote our best people irrespective of gender.

The other reason why I feel like it's right for me to lead this is because I consulted with some of my female colleagues, and everyone said it was positive to have a male person running the network.

ST: Deloitte’s Women in Automotive Industry report revealed that women employed in automotive feel under-represented in leadership roles and seek more promotion opportunities - what are your views on this?

LQ: I saw the report, it's not an uncommon theme that we hear, and it troubles me.

Leadership itself must take accountability for making sure that senior people within an organisation are diverse, both in terms of gender, but also other aspects of diversity and inclusion.

It’s important that leadership looks at management information and data about why people leave organisations, why people don't get promoted because it will tell you a story.

We must hold ourselves accountable for making sure that our leadership group is as diverse as possible.

ST: What can men do to help drive change and get more women in automotive into leadership positions?

LQ: I think there's the positive side, that men of which are predominantly in leadership roles take accountability for making sure that future positions are filled with the best person, irrespective of gender.

We need to be seeking our high potential people, irrespective of gender, and making sure that they are given opportunities to thrive and to grow. There's a hugely positive side to this, which is making sure that those who strive to do a great job are given opportunities, irrespective of gender, or other aspects of diversity and inclusion.

There's also a negative side, which is important from a leadership position, that there is zero tolerance of some of the historical things that may have limited the ability or desire of women to seek leadership positions, such as the ‘old boys’ network’ and ‘banter’.

It’s about taking a hard line where we see the blockers for people, it’s leadership by example.

ST: The Barbara Cox Award is all about celebrating an outstanding female leader in the automotive industry, what would you say to encourage people to nominate their female colleagues for the award?

LQ: The Barbara Cox award is massively exciting, because it allows us to promote and represent great women across our industry, irrespective of role.

We've had two fantastic winners in the UK. This year, Alison Jones from PSA was our winner and we're very proud of the fact that she was nominated.

We’ve had a set of outstanding nominations both times as well, so this isn't just about the winner.

If you know someone who deserves to be recognised for what they do, whether it's to do with how they run the business, think about charity events, promote diversity and inclusion, we're interested in hearing about them. It doesn't take long to nominate, and you can do so on the Women with Drive website.

We will consider nominees irrespective of level or where they work, we just want to promote the best.

Our two previous winners have been hugely influential across our industry. If you've got the time, make the time and nominate someone who you think is great.

ST: How can other businesses and individuals become involved in Women with Drive?

LQ: To get involved, I would encourage people to look at the Women with Drive website - we also have a LinkedIn page promoting our events. We’ve had to do several web-based events through Covid, but we're hoping to do more physical events as we go into the new year.

If you want to be part of our network, send us an email on our website and we will add you to it.

Nominations for the Barbara Cox Award can be made on the Women with Drive website.

Diversity in transport needs to accelerate

Representation of ethnic minorities in the sector is described as ‘woefully low’ by train drivers’ union, reports Laura Laker

Cox Automotive is seeking nominations for the Barbara Cox Woman of the Year Award, which will honour an inspirational woman within the automotive industry.