UK-based Immense has launched a new simulation platform that local authorities can use to model and reimagine transport infrastructure of the future.

The company said the platform would allow planners to model scenarios around what would happen to transport if businesses continued a higher level of remote working, whether commuters would favour private cars, bikes or e-scooters over public transport and what would happen if a second wave of the pandemic were to hit.

The cloud-based simulation platform uses a combination of digital replicas of real cities and their respective, accurately modelled populations to enable users to rapidly generate multiple scenarios and measure their impact “in minutes”.

It has been co-created in partnership with automotive manufacturers, fleet managers, transport authorities, infrastructure operators and energy providers.

“Fleet” is the first application being made available globally on the Immense platform.

Fleet subscribers can virtually test how many vehicles would be needed in a city for a viable fleet business, identify where to set up depots, as well as evaluate service performance from a customer’s perspective in over 100 digital cities around the world, including London, Milton Keynes and international locations like New York, Tokyo and Barcelona.

The company also shared that it plans to release follow on applications covering regional transport planners and infrastructure providers in the coming months.

Other questions that can be modelled include posing if London imposes greater restrictions on high emission vehicles, how many electric vehicles would be needed to maintain the same level of service?

And where would be the best places for e-mobility charging hubs?

“We believe that 2020 will be the year that automotive manufacturers, fleet operators and policy makers will take the change in status quo and collaborate to help make transportation better for everyone - across the globe.” 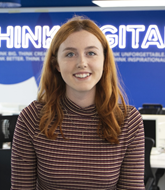