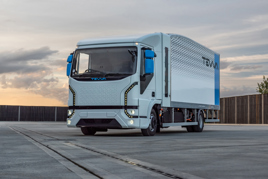 The first hydrogen fuel cell-supported heavy goods vehicle (HGV) to be manufactured, designed and mass produced in the UK has been launched by Tevva.

The 7.5 tonne electric truck, with 12 and 19 tonne variants to follow, has a range of 310 miles and its hydrogen tanks can be filled in 10 minutes.

Hydrogen has a higher energy density than lithium-ion batteries or diesel and, because of these properties, it is particularly attractive for use in larger, commercial vehicles, says Tevva.

By adding a hydrogen fuel cell system to its battery-electric HGV design, the truck manufacturer says it is delivering zero-emission solutions that will work for the overwhelming majority of companies across a range of industries and sectors.

The fuel cell system tops up the battery, extending the vehicle’s range and allowing the truck to carry heavier loads over longer distances.

One advantage of using the fuel cell as a range extender, rather than the primary source of power, allows Tevva to smaller, cheaper and lighter fuel cells and operate these at the highest possible efficiency, it says.

Tevva CEO and founder Asher Bennett said: “By embracing hydrogen, we are futureproofing ourselves, our clients and the industries and communities they operate in.

“Combined with our commitment to customer service, we believe that Tevva’s hydrogen electric truck will be a popular choice for fleet operators across the UK, Europe and eventually North America.” 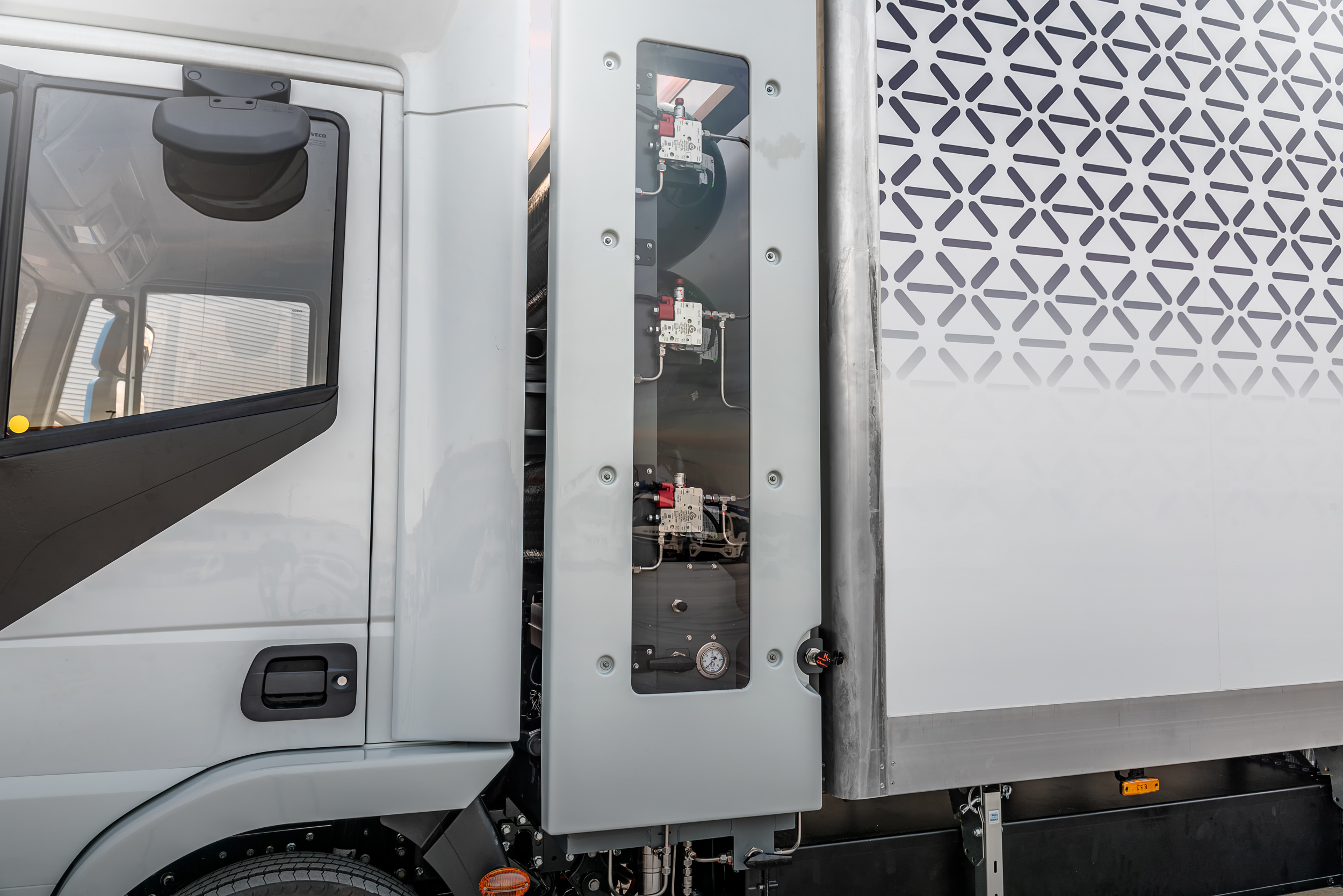 Alongside its 24/7 customer support, Tevva will offer hydrogen services to customers, helping customers to access sustainable hydrogen supplies, alongside their purchase or lease of Tevva hydrogen trucks.

Tevva says it is on-boarding diverse hydrogen suppliers that can provide innovative and hydrogen services to cater to the needs of our growing customer base.

“A thriving UK hydrogen industry could not only help us meet our climate change obligations, but also support thousands of jobs across the country in years to come.

“UK-based manufacturers like Tevva continue to build on the skills and expertise we have in hydrogen in the UK, developing new technologies, supporting economic growth, and working towards net zero.”

Zoe Hall, head of competitions and projects at the Advanced Propulsion Centre, added: “I am very proud that the technology we have supported through our collaborative research and development programme is now being put to real-world use.

“The launch of this truck, with its hydrogen fuel cell range extender, is an exciting outcome of the APC-funded project to completely eliminate CO2 at the tailpipe and lower the total cost of ownership compared to existing diesel vehicles.