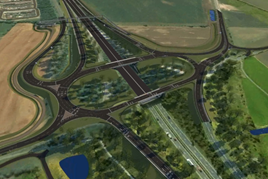 Highways England is starting work on a £51 million upgrade to the A19 six months ahead of schedule.

The multi-million-pound improvement scheme at the Downhill Lane site near Sunderland will help to reduce congestion and journey times for the area, including the thousands of commuters that work at Nissan’s Sunderland factory.

The Department for Transport launched the NTAC earlier this year, to give Northern leaders a direct line to ministers to accelerate transport projects.

Baroness Vere said: “ is another example of our commitment to levelling up Northern transport infrastructure and to bringing projects forward where we can.

“It’s also the sort of accelerated works we want to achieve through NTAC in the future, to help us build back better and create more reliable, more connected and better quality transport options.”

The DfT has said the number of rapid charging points in the UK has increased by 363% over the last five years to 3,206 units.