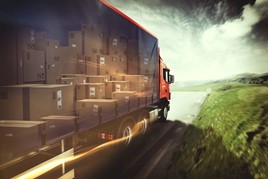 It plans to unlock £4bn worth of investment and “kick start a world-leading hydrogen economy” as part of a new low carbon hydrogen energy sector.

The Government says hydrogen could play an important role in decarbonising polluting, energy-intensive industries like chemicals, oil refineries, power and heavy transport like shipping, HGV lorries and trains, by helping the sectors move away from fossil fuels.

The strategy, launched by business and energy secretary Kwasi Kwarteng, describes a “booming, UK-wide hydrogen economy” that could be worth £900 million and create more than 9,000 jobs by 2030.

A public consultation has been launched to decide a preferred hydrogen business model, which is designed to overcome the cost gap between low carbon hydrogen and fossil fuels.

Alongside this, the Government is consulting on the design of the £240 million Net Zero Hydrogen Fund, which aims to support the commercial deployment of new low carbon hydrogen production plants across the UK.

Kwarteng said: “Today marks the start of the UK’s hydrogen revolution. This home-grown clean energy source has the potential to transform the way we power our lives and will be essential to tackling climate change and reaching Net Zero.

“With the potential to provide a third of the UK’s energy in the future, our strategy positions the UK as first in the global race to ramp up hydrogen technology and seize the thousands of jobs and private investment that come with it.”

Other measures included in the hydrogen strategy include:

It has set out an ambition to produce 5GW of low carbon hydrogen by the end of the decade, enough to power around  three million homes each year.

Ben Foulser, director of future mobility at KPMG UK, said: “Hydrogen has a key role in decarbonising transport alongside battery electric technologies in a dual-string approach. However, it’s applicability will largely be at the heavier end of the market and, dependent on advancements in battery technologies, it may be better suited to maritime, aviation, and specific parts of the rail network.

“Battery technologies haven’t yet plateaued, and the UK must actively watch for inflexion points in the market to ensure investment delivers the best value for money. We must also consider the whole life impact of the respective technologies, and balance the adverse implications of battery replacement and scrappage against the costs and challenges in the use of hydrogen for transport."

Foulster added that where hydrogen is used, there "must be continued focus on securing truly zero emissions hydrogen that can be produced on a cost and energy-efficient basis".

"New research has highlighted the potential whole life emissions profile of Blue Hydrogen and the challenges that will be faced in achieving zero emission hydrogen production – pointing to a need to focus on Green Hydrogen," said Foulster.

“Transient low emission fuels will also be needed to achieve truly zero emissions transport. Investment in first-of-a-kind sustainable aviation fuel plants in the UK through the Green Fuels, Green Skies competition is welcomed; however, a clearer strategy and plan for production, use, and the phase out of these transient fuels across all modes is needed in order to catalyse investment by industry.”

The hydrogen strategy is one of a series of strategies the Government is publishing ahead of the UN Climate Summit COP26 taking place in Glasgow in November.

The Government has provided £54 million of funding for three projects to develop hydrogen fuel cells for buses and lightweight structures for electric heavy goods vehicles (HGVs).

Hydrogen fuel e-cargo bike to be developed by EAV

Electric Assisted Vehicles (EAV) is set to develop a hydrogen fuel cell powered e-cargo bike as part of a new project with the City of Aberdeen.