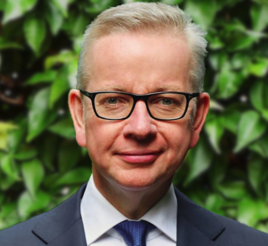 The Government has set out its mission to devolve further transport powers across England as part of its new Levelling Up White Paper.

The new White Paper sets out a complete ‘system change’ of how the Government works that will see more devolution of powers to areas of England and this will allow regions to create their own London-style public transport systems.

Part of this the Levelling Up plan is 12 'national missions' to be achieved by 2030, with policy objectives for these missions to “form the heart of the Government’s agenda for the 2020s”.

The one focussed on transport said that by 2030, local public transport connectivity across the country will be 'significantly closer to the standards of London, with improved services, simpler fares and integrated ticketing'.

Another of the 12 missions says that by 2030, every part of England that wants one will have a devolution deal with powers at or approaching the highest level of devolution and a simplified, long-term funding settlement.

Levelling Up Secretary Michael Gove said: “For decades, too many communities have been overlooked and undervalued. As some areas have flourished, others have been left in a cycle of decline. The UK has been like a jet firing on only one engine.

“Levelling Up and this White Paper is about ending this historic injustice and calling time on the postcode lottery.

“This will not be an easy task, and it won’t happen overnight, but our 12 new national levelling up missions will drive real change in towns and cities across the UK, so that where you live will no longer determine how far you can go.”

A shift of power from Whitehall to local leaders

The Government  said it recognises that if it tries to level up the UK alone, it will fail.

It said this is why the White Paper will detail “the largest devolution of power from Whitehall to local leaders across England in modern times”.

The Government said it recognises the strong local leadership mayors like Andy Street, Ben Houchen and Andy Burnham have shown, and wishes to replicate this success across England.

Fundamental to this ‘devolution revolution’ will be a new model for England with more mayors for those areas that want one.

The Government will invite the first nine areas to agree new county deals to extend devolution across England.

By 2030, every part of England that wishes to have a ‘London-style’ devolution deal will have one.

The local devolution mission is relevant in England only, but the wider policy programme will see decentralisation of the UK Shared Prosperity Fund to local areas in Scotland and Wales.

Mayor for the West Midlands Andy Street is calling on the Government to grant more powers so the region has more control over its regional transport.