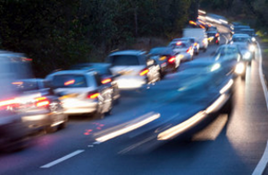 The Department for Transport (DfT) is to invest £38 million in a new road scheme in Devon to overhaul transport links near Newton Abbot.

Part of the plans include an upgrade to the A382 and for a new dual carriageway near Newton Abbot.

Transport minister Baroness Vere said: “Funding will go towards easing congestion so that motorists in the area can enjoy better, faster journeys.

“Not only that – the scheme involves various plans to allow pedestrians and cyclists to get around the region safely and with ease, as we also look to build back greener from the pandemic.”

The investment is the final stage of a major programme for the A382 corridor which is the culmination of several years of investment by the council.

The total cost of the scheme comes to £44.85m, with Devon County Council providing the remaining £6.7m alongside the DfT’s multi-million-pound contribution.

The project will see the A382 widened between Trago roundabout and Forches Cross, boosting capacity on the road to ease congestion and allow more motorists to access the Newton Abbot area.

This will support the construction of 2,500 new homes in the region and pave the way for the local economy to continue growing in the future.

A new dual carriageway between Drumbridges and Trago roundabout will also be built.

There are plans for a shared pedestrian and cycle path along the length of the road, along with a bridge to allow them to safely cross.

A shared-use path for pedestrians and cyclists will be constructed along Exeter Road, along with plans to widen the road to ease congestion.

The green light has also been given to construct the planned Jetty Marsh II connection as part of the scheme, which will provide a new road between Whitehill Cross and West Golds way, with a shared-use path adjacent to the route - reducing traffic on Exeter Road and providing better links to the A38.

Exeter City Futures sets out roadmap for carbon neutrality by 2030

Exeter City Futures has launched a roadmap to enable the city to become carbon neutral by 2030.

Transport Secretary Grant Shapps has pledged £93 million for road upgrades in North Yorkshire, Hampshire and the Midlands to "build back better" from Covid-19.

The Government has said it will “level up” bus and rail transport infrastructure across the Midlands and the North with £401 million in upgrades.