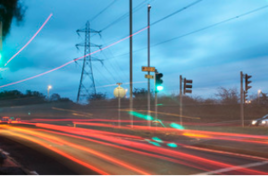 The Government will establish UKNET – a strategic transport network spanning the entire United Kingdom, as part of recommendations in the final Union Connectivity Review.

Sir Peter Hendy’s final report sets out how the UK will strengthen its transport bonds to create a more “cohesive and connected UK”.

UKNET will assess and map out for the first time the key points across the length and breadth of the UK that are essential to stronger, more direct transport connections.

It’s hoped this will help boost economic growth, support job creation and level up opportunities by expanding the transport system and creating quicker and easier travel for passengers, freight and businesses alike.

The UK government has invited the devolved administrations to work collaboratively in defining and developing the necessary improvements to union connectivity, supported by specific projects, which will inform the UK government’s response.

Transport secretary Grant Shapps said: “Transport is key to binding the family of nations that is the United Kingdom closer together so that prosperity can be shared more evenly.

“It is not good enough that certain areas of the UK thrive while others fall behind. We must realise our full national potential and that means mobilising the resources and skills of all parts of this country.”

Shapps said Sir Peter’s recommendations would be carefully considered and there would be close engagement with the devolved administrations.

The independent Union Connectivity Review was launched in October 2020, led by Sir Peter Hendy CBE, to undertake how a detailed review of the quality and availability of transport infrastructure across the UK can support economic growth and quality of life.

Specific recommendations for improvements for connections across the United Kingdom include for improved connectivity with:

The recommendations published today also include that the UK government should:

“I welcome the enthusiasm shown by the Government to my final report and I look forward to their formal response to my recommendations, which aim to spread opportunity and prosperity right across the United Kingdom.”

The Government will now carefully consider the Union Connectivity Review’s recommendations in detail, working with the Scottish Government, Welsh Government and Northern Ireland Executive to identify the solutions that work best for the people of the UK.

Transport for the North (TfN) is going back to Government with proposals it hopes could revive the scrapped plans for the Midlands to Leeds leg of HS2.