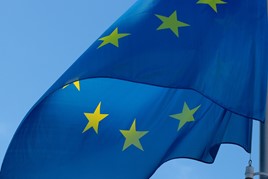 While all EU law will be converted into UK legislation at the end of the transition period on December 31, 2020, there are certain ‘inoperabilities’ in the way the legislation might function in a UK only context.

These targets will be converted into WLTP CO2 emissions targets in 2021 following the change in the vehicle CO2 test procedure, and the 2021 actual emissions will represent the new baseline.

Manufacturers will be fined for missing their targets. The fine amount in the UK will be £86 for each g/km above the target multiplied by the number of vehicles registered in the year.

Post-transition period, manufacturers will not be able to meet UK targets using sales in the EU27.

The overall mass-based emissions target continues to work in a UK-only context, and thus will be retained after the transition period. The UK fleet is heavier than the EU27’s and therefore moving from the EU fleet average to a UK specific value would immediately make regulatory targets more demanding for all manufacturers.

Due to the UK having a higher average vehicle mass than the EU, this means that the combined sum of UK targets will be slightly higher than in the EU27.

Derogations protect the competitiveness of smaller vehicle manufacturers, which lack the resources to invest in the development of new technologies that the mass manufacturers do, by setting them relative rather than absolute emissions targets.

The EU threshold values are set on the basis of EU market sales, rather than those in the UK (which represents between 15%-20% of the EU market).

The Government is proposing derogation thresholds based on the historical share of manufacturers’ EU sales that have occurred in the UK. It says this will ensure that manufacturers qualify for the same type of derogation in the UK that they would have through the EU regulation.

Under the EU regulations, manufacturers can apply for credits against their CO2 targets for technologies on their vehicles that reduce emissions but are not ‘seen’ during the regulatory type approval test. To gain credit, manufacturers must demonstrate the emissions saving, have it independently verified and apply to the European Commission who adjudicate.

The Government proposes to automatically recognise all existing EU ‘eco-innovation’ approvals in the UK legislation, and will also mirror the approvals system domestically to avoid forcing manufacturers to test their ‘eco-innovations’ in the EU27.

The regulation sets targets to reduce the average CO2 emissions from new HGV vehicles by 15% in 2025 and by 30% in 2030, measured against a baseline determined from data reported to the European Commission.

The consultation seeks input about its proposed changes to the reporting requirements of CO2 emissions data from HGV manufacturers.

Given the reporting date is now September 2020, each of the vehicle sub-categories baseline measurements will therefore be calculated and set by the European Commission and published in April 2021. This published data will include the UK reported data. The Government proposes to adopt the baselines published by the commission in April 2021 against which the 2025 and 2030 CO2 emission reductions targets will then be measured going forward under the resulting UK only regime.

Manufacturers are required to report the required data to the European Commission from July 1 to June 30 each year commencing from 1 July 2020. As the transition period ends on December 31, 2020 the first of these reporting periods is therefore divided in two. To resolve this inoperability there are three options:

1) Shorten the first UK reporting year to instead cover January 1, to June 2021 data – this would effectively delay the introduction of the Regulation’s requirements from July 1, 2020 by six months in the UK and mean manufacturers’ performance would be measured against only six months data.

3) Retain the provisions as they stand but include an additional reporting provision to require reporting of data for the full reporting period July 1, 2020 to June 30, 2021 by HGV manufacturers to the Secretary of State.

The Rail Freight Group (RFG) is urging the Government to leverage the full potential of rail freight to decarbonise transport.

The European Institute of Innovation and Technology (EIT) has set out almost £18 million in funding for climate, energy and urban mobility projects under its Crisis Response Initiative.