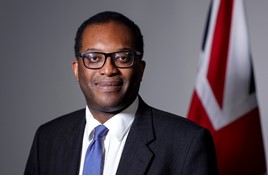 A total of 28 hydrogen innovation projects in the UK are set to receive a cash injection as part of the Government’s Low Carbon Hydrogen Supply 2 (HySupply 2) competition.

The winners, announced today, will benefit from a total of £60 million of Government funding which will be used to support innovation in the supply of hydrogen, with the aim of making it more viable.

Business and Energy Secretary Kwasi Kwarteng said: “The British Energy Security Strategy made clear that we are backing hydrogen not just as a viable source of clean, affordable homegrown energy but as an emerging industry of the future in which the UK can lead the world.

“This funding will accelerate the development of this exciting new industry, helping position us as a hydrogen superpower on the global stage.”

Among the 28 winning HySupply 2 projects are:

The competition is part of the Net Zero Innovation Portfolio, a fund to accelerate the commercialisation of low-carbon technologies, systems and business models.

The Government says that funding has been awarded after a competitive bidding process to companies that demonstrated their potential to develop feasible and innovative low-carbon hydrogen supply solutions.