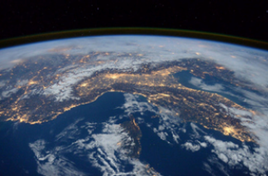 The Government is paving the way for satellites and rockets to be launched in the UK in Cornwall, Wales and Scotland from 2022.

New regulations are being developed with the UK Space Agency and the Civil Aviation Authority to remove barriers for starting commercial space flights.

Transport secretary Grant Shapps said: “Since the start of the spaceflight programme in 2017, we have been clear that we want to be the first country to launch into orbit from Europe.

“The laying of these regulations puts us firmly on track to see the first UK launches take place from 2022, unlocking a new era in commercial spaceflight for all four corners of our nation.”

The legislation will come into force this summer and the Government hopes it will help boost the development of commercial spaceflight technologies, from traditional rockets to high-altitude balloons and spaceplanes.

Tests have already taken place in the US that see hypersonic aircraft, powered with carbon neutral produced aviation fuel, fly over 1,000mph, which would cut London to New York flight times to 3 hours 30 minutes.

The DfT said UK spaceport launches will help create jobs, inspire the next generation of space scientists and help to attract investment for the UK from companies around the world.

"The Space Industry Regulations will create a supportive, attractive and safe environment for commercial spaceflight.

"Today marks another crucial milestone that will enable the first launches from British soil in 2022 and make UK commercial spaceflight a reality."

The Department for Business, Energy and Industrial Strategy (BEIS) has launched its FlyZero initiative to kickstart exploration into zero-carbon emission commercial aircraft.

Klein Vision’s AirCar, a vehicle that can transform from a road car into an aeroplane, has successfully completed two takeoffs and landings.

Government to research how to harness solar energy from space

The Government has commissioned research that could see solar energy harvested in space to offer an unlimited and constant zero carbon power source.