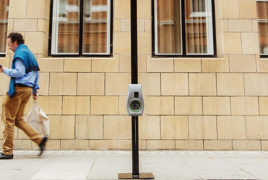 The AA is warning that the Department for Transport’s target of 120,000 on-street chargers by 2030 could be missed if more local authorities don't apply for a grant and more isn't done to help promote them.

Those with a home charger can unlock even cheaper rates if they can find a dedicated off-peak EV tariff.

It comes as new figures suggest the number of on-street residential charge points funded by the Governments grant scheme currently stands at 2,641 with a further 8,415 approved but not yet installed.

As of 1 April 2022, the data from the Department for Transport (DfT) shows that the On-Street Residential Chargepoint Scheme (ORCS) has funded 2,641 public charging devices, which have been installed by local authorities in the UK.

It suggests that 603 on-street charging devices were installed after being claimed for by the local authorities in the previous three months, while funding has also been awarded for 8,415 additional ORCS charging devices to be installed in the future.

Jack Cousens, head of roads policy for the AA, said; “With around a third of households without any dedicated off-street parking, providing accessible and affordable local charging solutions is key.

“Ideally, drivers would like to charge as close as possible to their home, yet with around 10,000 on-street charge points currently planned, the installation rate needs to increase to more than 1,000 charge points each month just to meet the Government’s target.

“We should also remember that that many rural areas suffer from a lack of off-street parking, and we are concerned that on-street charging could become bookmarked as an urban problem.

“Sadly just 87 councils out of almost 400 across the United Kingdom have applied for the on-street residential charge point grant since 2017. This needs to dramatically improve so that EV drivers across the country have access to good, local charge points.”