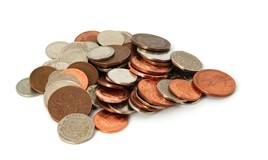 The Government is considering a national road pricing scheme to cover an estimated £40 billion tax shortfall caused by the switch to electric vehicles (EVs), according to the Times.

It claims that Chancellor Rishi Sunak was "very interested in the idea" as a means of replacing lost fuel duty and vehicle excise duty (VED) – a problem which is only set to grow if the ban on new diesel and petrol cars is brought forward to 2030.

Edmund King, AA president, said: “While the push toward electric vehicles is good for the environment, it is not good for the Exchequer.”

The AA has proposed ‘Road Miles’ whereby every driver gets 3000 free ‘miles’, with one third more for those in rural areas, and then a small charge thereafter.

“Combined with commercialising the roads with an adopt a highway scheme with naming rights such as the Minecraft M1, Manchester Utd M6 or Adidas A1, this should be prove a more popular solution,” King added.

RAC head of roads policy Nicholas Lyes said: “While not paying car tax is clearly an incentive to go fully electric at the moment, we will very soon need a system that can levy tax on both conventionally fuelled and battery electric vehicles fairly. If this isn’t addressed, we risk finding ourselves in a situation where petrol and diesel drivers continue to pay all the tax for using the roads which is unsustainable.

RAC research shows around four-in-10 drivers believe that some form of ‘pay-per mile’ system would be fairer than the current system of fuel duty, while half (49%) agree that the more someone drives the more they should pay in tax.

Drivers are also clear that tax revenues from any replacement for fuel duty should be solely reinvested back into the road network.

However, there was widespread opposition when road pricing was considered under Tony Blair’s government in 2007.

Dan Hutson, head of motor insurance, comparethemarket.com said: "A per-mile road tax will be a daunting prospect for many motorists in the UK.

"Cars are critical for so many people who rely on them to get to work, and post-lockdown to see their family and friends.

"The cost of running a car is already a significant burden for some and simply becoming unaffordable for others, particularly given the financial constraints people face as a result of the pandemic.

"Our research indicates that 71% of young people - who pay the most of any age group to keep a car - don't believe their pay cheque is high enough to cover the cost of driving.

"It is essential that the Government think carefully about how this rumoured road pricing scheme is implemented to protect these under-pressure groups as they struggle to cover the existing costs, let alone a further tax."