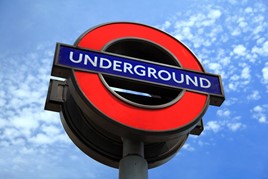 Transport for London and the Government have reached a funding agreement forecast to be worth £1.8 billion to help secure services during the second wave of the coronavirus pandemic.

TfL said the level of funding will be “subject to actual levels of passenger revenue” and a suggestion the congestion charge zone could be expanded has been taken of the table.

After an interim funding measure was agreed a couple of weeks ago, the possibility of TfL having to expand London’s congestion charge zone to the north and south circular appeared to be conditional to this latest financial deal.

The amounts assume that the passenger demand over the "support period" will stay at approximately 65% of pre-coronavirus levels.

This is higher than the ridership assumptions in TfL’s revised budget, published in July 2020, which forecast a funding shortfall of approximately £2bn for the second half of 2020/21.

TfL has been in discussions with the Government over the last few months after TfL’s finances were decimated by the pandemic.

Mayor of London Sadiq Khan issued a stark warning in September, saying that without a financial support package London's transport services, the city's economy would collapse.

Back in September, TfL estimated it would need £2bn for the second half of 2020/21 on expiry of the existing Government funding agreement (which was extended until October 31), and it is anticipated that a further £2.9bn will be required during 2021/22 to stabilise the network’s financial position.

Over 70% of TfL's income for operating the network comes from fares.

The agreement will enable TfL to continue running services for the remainder of the financial year as discussions on longer-term sustainable funding continue.

Andy Byford, London’s Transport Commissioner, said: “Reaching this agreement with the Government allows us to help London through this next phase of the pandemic.

“We will continue to work with the Mayor and the Government on our longer-term funding needs.

“As always, our staff are working tirelessly to serve London’s people and businesses; supporting the city’s economy and providing an excellent, safe and reliable service to our customers every day.”

At the peak of the pandemic, TfL's passenger income was reduced by more than 90% compared to last year, and it was therefore reliant on Government providing financial support of up to £1.9bn earlier this year, to ensure transport services in the capital could continue to operate effectively until October 2020.

As part of this latest funding package, TfL will commit to contributing approximately £160m to the forecast funding shortfall in the form of additional income or savings through a mixture of "lower capital and operating expenditure supported by stronger financial control measures".

Discussions on funding the additional costs to complete the Crossrail project are not included as part of the funding package back but but a statement from TfL said: "They are being progressed in parallel, remain constructive and are expected to conclude soon."

Sadiq Khan hits out at Government bailout plans for TfL

Mayor of London Sadiq Khan has criticised proposals to extend the congestion charge and hike fares as part of a funding package for Transport for London (TfL).