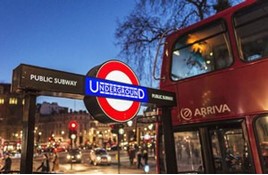 The conditions-based funding aims to ensure the continued running of London’s transport network as the UK progresses along the Government’s roadmap through the coronavirus pandemic.

The settlement will provide financial support until December 11, 2021, ensuring "crucial reforms" are "accelerated" to ensure TfL becomes financially sustainable in the long term, said the Department for Transport (DfT).

Transport secretary Grant Shapps said: “This £1.08 billion financial package will support London and its transport network through the pandemic, and ensure it is a modern, efficient and viable network for the future.

“Throughout this process, the Government has maintained that these support packages must be fair to taxpayers across the UK and on the condition that action is taken to put TfL on the path to long-term financial sustainability.

“As part of today’s settlement, the Mayor has agreed to further measures that will help ensure that.”

The deal follows two previous emergency support packages agreed in April and October 2020 and takes the total Government support to TfL since March 2020 to more than £4 billion.

The DfT said the deal builds on commitments from the previous support packages and sets out further measures to be taken to ensure TfL is financially sustainable by April 2023.

These include progressing efficiency and cost-saving initiatives and identifying new or increased sources of revenue for TfL beyond 2023.

The Mayor has agreed to work collaboratively with DfT on a joint programme for implementing higher levels of automatic train operation on the London Underground.

The Mayor and TfL will make progress towards the conversion of at least one London Underground line to full automation but with an on-board attendant.

Also during the period of this agreement, the DfT said it expects to draw up a memorandum of understanding between Her Majesty’s government, TfL and the London Borough of Hammersmith and Fulham to fund the reopening of Hammersmith Bridge – initially to pedestrians, cyclists and river traffic and, depending on cost, to motorists.

Within the funding period to December 11, the Mayor of London has agreed to:

The Government and Mayor of London have agreed to extend the current Transport for London (TfL) funding deal until May with an additional £260 million.

TfL funding deal extended until May 28

The Government and the Mayor of London have agreed to extend the current Transport for London (TfL) funding deal.