A combination of Hyperloop, air taxis, and suborbital rockets could enable a traveller to reach any location on earth in 60 minutes, according to new research from consultants Frost & Sullivan.

The 'Evolution of 3rd, 4th and 5th Dimensions of Travel' research suggests the advent of new modes of public transportation will lead to new transportation business models across all three dimensions of travel such as air taxis and hoverbikes in the 3rd; Hyperloop and Maglev trains in the 4th; and suborbital, orbital, and deep space travel in the 5th dimension of travel.

“Additionally, a combination of Hyperloop, air taxis, and suborbital rocket could enable a traveller to reach any location on earth in 60 minutes.”

However, he also said regulations, infrastructure and the technology required for mass commercialisation of new modes of travel are still in nascent stages and are expected to become mature and standardised by 2050.

Vijayakumarm said safety is the biggest concern for passengers that will be embracing these next-generation transport technologies.

Frost & Sullivan also suggests that an intelligent and efficient unmanned traffic management system will be essential required for large-scale adoption of air taxis.

Solar power is also expected to be used for 4th dimension modes of travel such as Hyperloop. 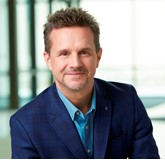