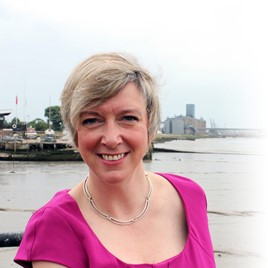 Forty-one regional leaders have committed to cutting their organisation’s emissions to net zero by 2030, and their community emissions by 2045 - five years earlier than central Government.

The authorities represent more than 20 million people, almost a third of the UK’s population, including all tiers of local government, all regions in England, and Glasgow and Edinburgh in Scotland.

Polly Billington (pictured), director of UK100, said: “These ambitious local leaders have pledged to do everything within their power to reach Net Zero emissions as soon as possible in a way that benefits their communities with new jobs and skills. From Edinburgh to Cornwall, local leadership, alongside funding and powers, is key to winning the Race to Net Zero.”

Mayor of Greater Manchester Andy Burnham said: “We are proud to be supporting the UK100 Net Zero Pledge and making the case for urgent collective action to tackle the climate emergency.

"With the eyes of the world on the UK ahead of COP26 next year, local authorities can support the Government to set an example for the rest of the world – but we require the funds and flexibility to act quickly and drive the change we need to see."

Andy Street, Mayor of the West Midlands, said: “The West Midlands Combined Authority is committed to tackling climate change and is working towards achieving net zero carbon emissions by 2041.

"UK100 offers a fantastic opportunity to work with other local and combined authorities across the UK, creating the policies we need to achieve our emissions target and unleash a green industrial revolution.”

The group of cross-party leaders will work together over the coming year to push for more funding and powers from central Government which will enable them to go even “further and faster” in the journey to Net Zero, UK100 said.

At the virtual launch of the pledge, Marvin Rees, Mayor of Bristol City Council, said that becoming carbon neutral by 2030 was “phenomenally challenging” and highlighted the importance of having funding powers at a local government level in order to plan long-term and enact change.

“Until we get more consistency over the kind of financial vehicles that are available to local government, we will be limited in our ability to plan for the future,” he said.

Collaboration with citizens, businesses and other institutions will also be essential to reducing emissions.

“We will only succeed working together with our citizens, businesses and other institutions,” Rees said.

Shirley Rodrigues, Deputy Mayor for Energy and Environment at Greater London Authority agreed that collaboration is needed, pointing to initiatives such as London Business Climate Leaders, which, she said, is helping major organisations to "really ramp up their action" to tackle climate change.