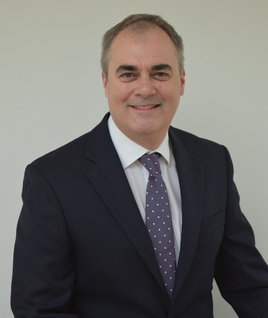 First Hydrogen has appointed Steve Gill as a director and as chief executive to lead its UK automotive division.

He will also manage the development and build out of hydrogen refuelling stations, under the organisation’s NETZEROH2 subsidiary, with consultants FEV Group.

Gill was previously director, Power Engineering at Ford of Europe, where he led a team of 2,000 engineers throughout the UK, Germany and Turkey; and sat as a board member of Ford Technologies.

He spent 19 years with Ford Motor Company, leading strategic programmes delivering technology into volume production for Ford and its partners, including Jaguar Land-Rover and the PSA Groupe (Peugeot/Citroen).

Since 2019, Gill has worked as an automotive consultant with businesses including as consultant director to AVL Powertrain, the independent powertrain engineering consultancy, the UK Automotive Council and Britishvolt.

Balraj Mann, chairman and chief executive at First Hydrogen Corp, said: “Steve brings a wealth of experience in the powertrain business for Ford Motor Company, which will prove invaluable for the development and manufacture of our light and medium commercial vehicles.

“His connections and understanding of this sector will drive business growth and support fleet and logistics customers to invest in reliable, zero-emissions vehicles with a fully supportive infrastructure.”

Gill added: “Achieving zero emissions targets has never been higher on corporate agendas and, for the operators of utility vehicles, hydrogen fuel offers a viable alternative to electric vehicles, which are currently unable to provide the range and refuelling speeds this market demands.

“It’s a privilege to work alongside world-renowned experts and lead the company’s development of our first vehicles and their roll out in the near future.”

The TPPL has launched a new procurement system to help councils across the UK create hydrogen fuel infrastructure.

A hydrogen storage project near Glasgow has received £9.4 million in government funding to help drive progress towards decarbonising the UK transport sector.

The Government views the development of hydrogen as an intrinsic element of its goal to achieve net zero, but it isn’t the only possible solution.